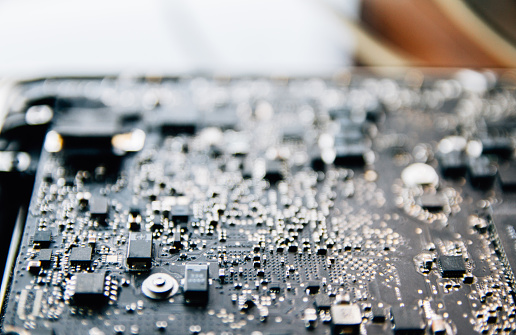 How does a smart bracelet perform step counting to calculate exercise consumption?

How do people monitor forest wildfires through the Internet of Things to slow down global warming?

In fact, behind all this is just a tiny MEMS sensor.

The full name of MEMS is the micro-electro-mechanical system, a micro-sensor, micro-actuator, micro-mechanical structure, micro-power micro-energy, signal processing and control circuits, high-performance electronic integrated devices, interfaces, communications, and other microdevices or systems. And MEMS sensor is based on microelectronics and micromechanical processing technology, according to various needs combined with electronics, machinery, materials, physics, chemistry, biology, medicine, and other disciplines and technologies to create a new type of sensor.

The internal structure of these sensors is even thinner than a hair, and they can convert microscopic movements into electrical signals, which are transmitted to different controllers after simple processing. They allow electronic systems to see, hear, smell and feel like organs. They are the "senses of the machine."

As early as 1970, Bosch started to try and research the application of MEMS in engine management systems with pressure sensors. After a long period of technical accumulation, in 1992, Bosch scientists initially developed a technology that could be etched on silicon wafers with high precision and submitted a patent application. Finally, in 1994, the patent was granted, and the technology is Deep Reactive Ion Etching (DRIE). We can produce structures of almost any geometry on silicon wafers with exceptionally high precision. It was a milestone breakthrough in the development and production of MEMS sensors, enabling engineers to reduce the size of sensors and significantly reduce costs while improving precision. It became the basis for Bosch to build its MEMS sensor business. For this reason, DRIE is also known as the "Bosch process," which Bosch licensed to other semiconductor manufacturers and became a global standard in microelectronics.

In 1995, with the help of the "Bosch Process," Bosch accelerated the development of MEMS sensors for automobiles. The first pressure sensor for engine management was put into mass production, paving the way for the further development of modern mobile technology. MEMS yaw rate sensor. With the growth and maturity of driver assistance technology, ESP gradually became a standard feature in cars. Studies show that such a system can save more than 10,000 lives each year, and MEMS sensors significantly contribute to this unknown.

How exactly does this little MEMS sensor save lives?

Let's zoom in, zoom out again, and turn our attention to the inside of this "big contributor" to look at its structure.

Take the Bosch high acceleration sensor SMA7xy applied in the airbag system. We can see that this small sensor is mainly divided into two parts: the left side is a micro-mechanical composition of the comb structure, and the right side is the signal processor. This comb structure is the key for the MEMS sensor to sense acceleration. In this "small comb," the left and right sides of the pole plate are fixed, while the middle of the structure, the mass block connected to the spring's ends, is movable. In the vehicle driving process, when the acceleration acts in a specific direction, the mass block will move back and forth between the pole plates with the change of acceleration, which causes the difference in capacitance between the mass block and the pole plates. All changes in capacitance are recorded and passed from the comb structure to the signal processor. From the changes in capacitance, the processor can derive the corresponding acceleration and pass the signal further to the control system to give the appropriate commands.

Like acceleration sensors, different MEMS sensors are used to achieve various sensing functions through other micromechanical structures and combined with multiple disciplinary techniques according to the requirements. With their tiny size and fine sensing, they are used in various automotive systems. Examples include the high-performance inertial sensor SMU2xy for autonomous driving systems, the atmospheric pressure sensor SMP581 for engine control systems, the combined inertial sensor SMI230 for navigation systems, and the low acceleration sensor SMA73x for active suspension systems, among others. Today, each modern car contains an average of five Bosch MEMS sensors.

In addition to the automotive sector, Bosch also saw the growing potential of MEMS sensors in other applications, especially in consumer electronics. 2005 saw the founding of Bosch Sensing Technology GmbH, which began to break new ground in the consumer electronics market, where new products are emerging. Bosch's MEMS sensors are also used in smartphones and wearable devices such as smartwatches, fitness armbands, and smart glasses to sense and evaluate vast amounts of information.

Bosch has been at the forefront of MEMS technology since its introduction and has been certified as a leading global MEMS supplier by the world's top consultants, IHS Technology and Yole Développement.

Since production began in 1995, Bosch has produced more than 10 billion MEMS sensors. Today, Bosch makes more than 4 million MEMS sensors per day. Based on cutting-edge technology and processes, Bosch continues to drive technological innovation to continuously reduce the size, weight, power consumption, and cost. Today, Bosch always has the best MEMS innovation capability, holding and applying for more than 1,000 MEMS technology patents. When we first started producing MEMS sensors, the first acceleration sensors had an edge length of 133 mm. Today, the most miniature MEMS sensor in the Bosch portfolio has an edge length of just 1.56 mm, and more than 80 of these microchips can be laid flat on a thumbnail. This represents an 85-fold reduction in sensor size in about 25 years.

Bosch's research into MEMS covers the entire value chain - from the development of production processes and MEMS sensor development and design to production, packaging, testing, and sales - which gives Bosch a deep understanding of these miniature technological marvels, their complex functional development, and implementation. In the future, Bosch will also be committed to innovation and will continue to innovate technologies and products to shape further tomorrow's intelligent mobility and smart life with "Bosch Technics."

Next: Features and applications of wearable technology