Home > Processor/DSP > What is the technical architecture of the 4 major CPU processors?

What is the technical architecture of the 4 major CPU processors?

Performance characteristics 1: after the instruction set is simplified, pipeline and common instructions can be executed with hardware;

Performance characteristics two: a large number of registers, so that most of the instruction operations are carried out between registers, improve the processing speed;

Performance characteristics three: the use of cache - host - external memory three-level storage structure, so that the fetch and memory instructions are executed separately, so that the processor can complete as much work as possible, and not slow down the processing speed due to access from memory information.

Among them, ARM/MIPS/PowerPC are based on the architecture of compact instruction set machine processor.

According to various news, Android is now supporting a variety of processors:

ARM+Android is the first to develop and improve the support, mainly in the mobile phone market, netbook, smart market;

MIPS+Android is currently in the process of transplantation and improvement;

Powpc+Android is currently in the process of porting and improving.

The ARM architecture, formerly known as the Advanced RISC Machine (formerly known as Acorn RISC Machine), is a 32-bit reduced instruction set (RISC) processor architecture that is widely used in many embedded system designs.Due to its energy-saving characteristics, ARM processors are very suitable for the field of mobile communication, in line with its main design goal of low power consumption characteristics. 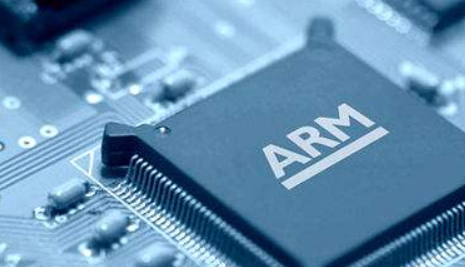 Today, the ARM family accounts for 75 percent of all 32-bit embedded processors, making it one of the most common 32-bit architectures in the world.ARM processors can be found in a wide range of consumer electronics, from portable devices (pdas, mobile phones, multimedia players, handheld video games, and computers) to computer peripherals (hard drives, desktop routers) and even military installations such as missile-borne computers.There are a number of arm-based spin-offs, including Marvell's XScale architecture and Texas instruments' OMAP range.

ARM licensing: ARM does not manufacture or sell cpus on its own designs, but licenses the processor architecture to interested vendors.

ARM offers a variety of licensing terms, including pricing and distribution.For licensees, ARM provides an integrated hardware description of the ARM kernel, including complete software development tools (compiler, debugger, SDK), and the right to sell silicon chips on arm-embedded cpus.For fabless licensees who want to integrate the ARM kernel into their own chip designs, it is usually just a production-ready IP Core certification.

With an integrable RTL, the client has the ability to optimize and enhance the architecture.This approach allows the designer to achieve additional design objectives (such as high oscillation frequency, low energy consumption, instruction set extension, etc.) without being constrained by unchangeable circuit diagrams.Although ARM does not grant licensees the right to resell the ARM architecture itself, licensees are free to sell products (such as chip components, evaluation boards, complete systems, etc.).

Commercial fabs are a special case because they not only grant the ability to sell finished silicon containing the ARM kernel, but also generally reserve the right to reproduce the ARM kernel for other customers.

The xx86 or 80x86 is a generic name for a microprocessor architecture first developed and manufactured by Intel.

The x86 architecture is CISC(Complex Instruction Set Computer) which is important for variable Instruction length.

The Intel Atom(Atom, Silverthorne) is a family of Intel ultra-low voltage processors.The processor is made using a 45-nanometer process that integrates 47 million transistors.L2 cache is 512KB, supports SSE3 instruction set, and VT virtualization technology (some models).

Since the Z520, all processors have supported hyperthreading, but with less than a 10 percent increase in power consumption.The dual-core version is N series, still using 945GC chipset.The dual-kernel version will still support hyperthreading, so the system will display four logical processors.The two kernels in this release are not designed locally, but simply encapsulate the two single kernels.

It was first developed in the early 1980s by a team led by professor Hennessy of Stanford university.MIPS 'R series are microprocessors for RISC industrial products developed on this basis.These series of products are used by many computer companies to compose workstations and computer systems.

MIPS is one of the first commercial RISC architecture chips to emerge. The new architecture integrates all the original MIPS instruction sets and adds many more powerful functions.MIPS only designs the CPU itself, and then licenses the design to the customer so that the customer can build a high-performance CPU.

In 1984, MIPS computer company was founded to design RISC processors;

In 1998, MIPS separated from SGI and became MIPS technology company.Subsequently, MIPS changed its strategy to focus on embedded systems;1998 -MIPS technology shares are listed on the nasdaq stock exchange.

August 16, 2007 -MIPS technology announces that the loongson CPU of the institute of computer science, Chinese academy of sciences, has been granted all patents, bus and instruction sets for its processor IP.

The PowerPC is a central processing unit (CPU) with a lean instruction set (RISC) architecture, the basic design of which is derived from IBM's IBM PowerPC 601 microprocessor POWER architecture.In the 1990s, IBM(IBM), Apple(Apple), and Motorola(Motorola) successfully developed PowerPC chips and built powerpc-based multi-processor computers.The PowerPC architecture is characterized by scalability, convenience and flexibility.

PowerPC processors have a wide range of implementations, ranging from high-end server cpus like the Power4 to the embedded CPU market (nintendo Gamecube USES PowerPC).

Therefore, it was not until the 1970s that the theory and algorithm basis of DSP was proposed.At that time, DSP only remained in the textbooks. Even the developed DSP system was composed of discrete components, and its application fields were only limited to the military and aerospace sectors.

In the 1990s, DSP developed the fastest, and the fourth and fifth generation of DSP devices appeared successively.Now, DSP belongs to the fifth generation of products. Compared with the fourth generation, DSP core and peripheral components are integrated into a single chip.This kind of highly integrated DSP chip not only displays its skill in communication and computer field, but also gradually penetrates into People's Daily consumption field.