Home > Technology List > What is the importance of the FPGA field

What is the importance of the FPGA field

As a key and core device in the fields of communication, aerospace and military industry, FPGA is an important supporting foundation to ensure national strategic security.In recent years, with the development of digitalization, networking and intelligence, the application field of FPGA has been rapidly expanded.The United States has an absolute monopoly advantage in the field of FPGA and has become one of the important tools to restrict other countries.US President Donald trump has ordered Canyon Bridge, a chinese-backed private equity fund, to stop its acquisition of us chip maker Lattice, requiring buyers and sellers to abandon the deal entirely and permanently, citing concerns about protecting the country's strategic assets.The acquisition case has attracted high attention from domestic and foreign industries and capital. Is Lattice worth China's acquisition?After the failure of this merger and acquisition, what are the important influences and inspirations on the development of FPGA industry in China?These questions are worth pondering. 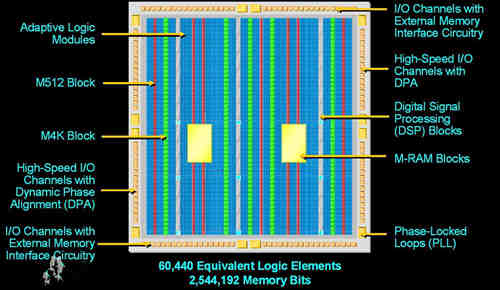 At present, the global FPGA market is highly concentrated and monopolized by four American companies, presenting a "two big and two small" market pattern.The "two" refers to Xilinx and Altera, and the "two" refers to Microsemi and Lattice, the former two having nearly 90% market share.Lattice is one of the "" two small" "companies. It was in the third place in the industry until 2015. Since 2016, it had poor business performance and was replaced by Microsemi, which ranked the fourth.According to product sales, Lattice's FPGA business had a sales revenue of $280 million in 2016, 1/8 and 1/6 of that of the first and second largest companies respectively.At the same time, the net profit decreased year by year. Since 2015, the company has made a continuous loss of 159 million us dollars and 54.09 million us dollars. As of the first half of 2017, the company still made a cumulative loss of 63.35 million us dollars.From the perspective of product market, under the competitive pressure of Xilinx and Altera, it gradually shifts from the mainstream market to the niche and low-end consumer electronics market. In 2015, it lost some orders of samsung, the key customer, resulting in the decline of market share.

The chip design industry is a talent-intensive industry, especially the high-threshold field like FPGA, which requires a large number of senior system-level designers, who are proficient in various chip development tools and have at least ten years of experience.Through more than 30 years of development, Lattice company has accumulated a certain amount of intellectual property rights and research and development strength, but under the impact of global industrial development, there has been a serious loss of employees in recent years.On the one hand, Lattice acquired Silicon Image company with 600 million us dollars in 2015, and obtained dedicated video standard products (ASSP), millimeter-wave wireless chip, various IP and other product lines. However, the integration of new product line employees and original Lattice employees was insufficient, resulting in the resignation of a large number of old FPGA product line employees.On the other hand, with the rapid development of China's semiconductor industry and the increasing emphasis on talents, many Chinese in the United States have returned to China to start their own businesses.Some of the core r&d personnel and teams at Lattice headquarters and Shanghai r&d center either come back to China to start their own businesses or work as senior executives in domestic FPGA companies.Affected by brain drain, Lattice has no new FPGA chip models and almost no new technology research and development in recent years.

In recent years, some domestic FPGA enterprises started from reverse engineering, accumulated certain technical and industrial basis, and formed a development mode mainly based on positive design.In the field of military industry and aerospace, the major enterprises include unigroup, fudan microelectronics, China microelectronics, China electronics institute 58, China aerospace institute 772, etc.In the field of civil products, the main enterprises include guangdong gaoyun, Shanghai 'an road, xi 'an wisdom polycrystal, Shanghai loggege core and so on.Lattice's FPGA products are mainly used in the middle and low-end consumer electronics, and domestic FPGA enterprises have realized the strength of replacing Lattice products in some segments.Guangdong high clouds adhere to the top-down design, has introduced the morning city, bee two families, four series of FPGA products, covering 11 types, more than 50 encapsulation chip, independent intellectual property rights of EDA software development and continuous improvement, the current products have been penetrated into more than ten industries, in areas such as communications, industrial control, consumption is widely used.Shanghai an road mass production of medium performance FPGA chips successfully entered the LED display control card market and HDTV TCON control card market, and plans to carry out in-depth cooperation with domestic communication enterprises.Xi 'an wisdom polycrystalline surface to the LED drive, high-end medical, intelligent instrument, industrial control and other fields launched FPGA series chips, product performance has been steadily improved.Shanghai logcore has launched FPGA chips for smart phones and the Internet of things, and has passed the strict supplier test certification of samsung. It has become the only alternative FPGA device except Lattice in samsung Galaxy phones, and achieved a breakthrough in export of domestic FPGA companies.

However, we should also note that although China's FPGA enterprises are developing rapidly, the overall industry starts late, the industrial scale is still small, and most of them are still in the early stage of development.The failure of Lattice acquisition also serves as a wake-up call for domestic industries and enterprises. The us government will be more rigorous in the acquisition review of Chinese capital and enterprises, and it will be increasingly difficult to obtain foreign FPGA technologies and products through acquisition.China should firmly support the continued development and growth of independent FPGA enterprises, seize the historic opportunity of American FPGA talents, technology spillover and emerging application fields, combine with the change of market segmentation demand, take advantage of the competitive advantage of localized design services, and explore a new path for the development of FPGA research and development and application.