Japan's Toshiba announced Wednesday that it will further cut about 350 employees in its semiconductor division and recruit early retirees, kyodo news reported.Affected by the slump in the semiconductor market, Toshiba believes it needs to take steps to turn its loss-making lsi business into a profit.Toshiba has set a target of increasing operating profit by more than y200bn in fiscal 2021 compared with fiscal 2018, and said it would step up job cuts.

According to the report, by the end of March 2019, Toshiba recruited about 1,060 early retirees for its main business and energy business.It is reported that 823 people have agreed to leave.The new cuts in the semiconductor division envisage leaving by the end of September and cutting 7,000 jobs across the group by fiscal year 2023, in addition to previously planned cuts. 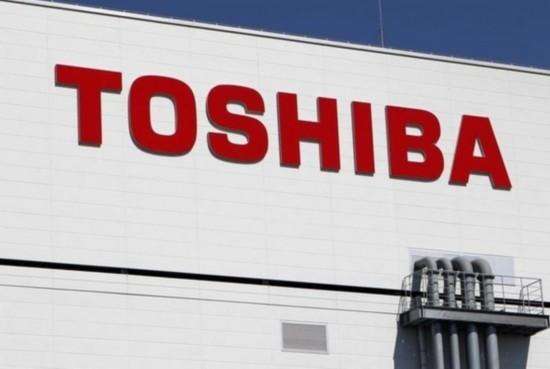 Chairman and chief executive katani changzhao, who held a news conference, explained that early retirement would not be used as long as there were no major market changes.Toshiba has closed the nujin plant of Toshiba lighting, which operates the lighting business, and is also moving forward with the restructuring of its production base.

Meanwhile, Toshiba's consolidated financial results for fiscal 2018 showed sales of 3,693.5 billion yen, down 6.4 percent from the previous fiscal year.Net profit rose 26.0 per cent to y1013.2bn.Net income hit a record high, taking into account about y970bn from the sale of its semiconductor memory business.

The operating profit, which reflects the profit of the main business, was 35.4 billion yen, down 58.9 percent, the report said.The energy business has seen its deficit widen and infrastructure profits slip as the market for coal-fired power generation, transmission and distribution slumps.Operating profit as a percentage of sales is 1%, a far cry from the 6% or more target for fiscal 2021.

Toshiba also announced Wednesday that it will increase the number of outside directors from seven to 10, including four foreigners.Internal directors will become the only two, Mr Chegu and Mr Ogawa, to be consulted at regular shareholder meetings in June.

Japan's veteran technology company Toshiba has announced it will cut thousands of jobs in the future to turn around its ailing business, foreign media reported in November 2018.

Toshiba announced at the time that it would cut 7,000 jobs, or about 5 per cent of its global workforce, as part of a new five-year strategy.Toshiba will also sell its struggling U.S. natural-gas business and liquidate its U.K.

Shares in Toshiba surged more than 12 per cent on the Tokyo exchange, buoyed by the announcement, news that investors had received Toshiba's decision to buy back up to 40 per cent of its shares and a promise to raise its dividend.

Toshiba has said it wants to fully exit the us LNG business by March 2019, but it has not provided any details about potential buyers.Analysts believe the unit is expected to lose 93 billion yen ($818 million), and news that a large private Chinese gas company, enn energy, may be in talks to take over Toshiba.

It has also decided to close NuGeneration, the contractor behind the murside nuclear project in cumbria in north-west England, early next year after failing to find a buyer.

In its statement, Toshiba said the decision to pull out of the UK's nuclear power plant construction project was the most economically rational decision given the additional costs involved in going nuclear age.

It is understood that nuclear time will retain a team to support the liquidation process and will work with Toshiba and other stakeholders to complete the remaining work.

Toshiba said the cuts would be made through direct layoffs.

The center of gravity to adjust

The move comes after Toshiba was plunged into a huge insolvency crisis as a result of major writedowns in its nuclear business.Together with the bankruptcy filing of its us subsidiary Westinghouse, the nuclear crisis has cost Toshiba a total of $9bn.So along with the flash sales, Toshiba last year officially announced plans to restructure its business, affecting 19,000 employees.

By splitting its main business into four separate companies, Toshiba wants to give each subsidiary greater autonomy, improve management efficiency and encourage business opportunities for each.

After the restructuring, Toshiba said it would focus on the energy storage and semiconductor industries for cars and infrastructure.

To avoid marginalisation, Toshiba has had to survive in recent years by shedding key assets, including selling control of its highly regarded memory chip business to a group of investors including apple.

Toshiba ended its disastrous test of the us nuclear industry early last year by selling Westinghouse, its bankrupt us nuclear subsidiary, to Brookfield Business Partners, a Canadian investment firm, for $4.6bn.

Moreover, investor confidence in Toshiba was undermined by a huge scandal in 2015.At the time, Toshiba shocked corporate Japan with an accounting scandal over inflated operating profits.The company's inflated profit of 151.8 billion yen ($1.2 billion) accounted for nearly 30 percent of Toshiba's 565 billion yen in pretax profit.The scandal eventually led to the resignation of Toshiba's then-chief executive, hirono tanaka, and several board members, and the company faced hefty fines from regulators.

Toshiba Memory, the semiconductor company that was spun off from Toshiba in June 2018, is set to file for a listing on the Tokyo stock exchange this summer, asahi shimbun reported.

Plans for a "stock listing in three years", proposed in the autumn of 2017, were also discussed for an early listing, but this was notable because of the sluggish semiconductor market.To go public, Toshiba Memory has set a target of raising turnover to more than y2,000bn by 2023.

As a subsidiary of Toshiba, "Toshiba Memory" was later acquired by the "japan-us-south Korea consortium" led by the American fund "bain capital" at the price of 2 trillion yen, striving to increase the market share of the semiconductor "NAND type flash Memory" used in mobile phones and data management centers to the second place in the world.

Toshiba Memory is aiming to file for a public listing in June and July, according to people familiar with the matter.

The increased output of the "" four day city factory" "located in mie prefecture and the new plant listed in northern iwate prefecture will be put into production from 2020. It is expected that the sales volume in fiscal year 2024 will increase by 70% compared with fiscal year 2019, aiming to reach 2.1 trillion yen.Revenue will also increase by 80 percent to reach 600 billion yen.

In order to raise the necessary capital as soon as possible, we are eager to go public.