1, BOURNS single potentiometer: it is to complete the smallest to largest resistance change potentiometer with the rotation stroke of a circle.

2, BOURNS multi-turn potentiometer: to complete the minimum to maximum resistance change potentiometer with multi-turn, that is, more than one turn travel travel. 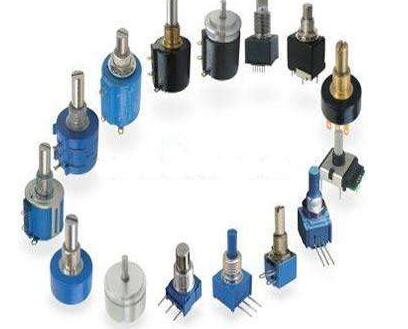 By the shaft resistance body, step motor, moving contact, etc.Moving contact can be manually adjusted through the shaft, but also by the stepper motor drive

Its resistance body is rectangular strip, which changes the resistance value through the linear motion of the slider connected with the slider.

Use: usually used for volume control or balance control in TV and stereo.

Is made of carbon black, graphite, quartz powder, organic adhesives, and other materials mixed heating, pressure on the plastic matrix, and then by heating polymerization.

Multi-turn bourns potentiometer: its rotation axis every turn, the sliding arm contact in the resistance body changes only a very small distance, its sliding arm from one pole to another pole azimuth, the rotation axis needs to roll more than a circle.Usually used in fine conditioning circuits.

Single turn bourns potentiometer: its sliding arm can only rotate in less than 3600 scale, usually used for volume control.

The resistance body is made by winding a resistance wire on a metal or non-metal plate coated with insulating material.

Bourns carbon film potentiometer is the most widely used potentiometer.The resistive body is made of a mixture of carbon black, graphite, quartz powder, organic adhesives, etc., coated on a bakelite board or fiberglass board.