At the recent Shanghai Munich electronics show, TDK participated in and exhibited a number of products.At the same time, TDK also held a press conference to introduce three industry-leading products and the current business situation in China.Shunying asanuma, President of TDK China, has proposed a corporate strategy combining Monozukuri(manufacturing excellence) and Kotozukuri(providing the best solution to meet customer needs), and announced that he will continue to invest in the Chinese market.

Strong position in the Chinese market

According to Mr. Asanuma, TDK's sales have grown for five consecutive years, and its global sales will reach about 80 billion yuan in 2018.Among them, the largest source of business is passive components, accounting for 34.4%.On the Chinese side, TDK's business has grown by about 240 per cent over the past eight years, accounting for almost 55 per cent of TDK's business, underlining the company's strong position in all key Chinese markets.Remarkably, about half of sales come from local products designed for Chinese customers.TDK has set up 38 companies and 63 factories in China, which can provide comprehensive solutions of "designed in China, made in China and sold in China".

From the original inductor to the new generation of electronic components, TDK's product range is expanding.China's ICT market has grown rapidly in the past decade, and the ICT business accounts for more than 50% of TDK's sales in China.In the automotive sector, which accounts for nearly 20% of TDK's total sales, TDK is providing advanced products and solutions, especially new energy vehicles (nevs), to its major global and Chinese customers.These include not only passive components such as high-power, high-efficiency inductors and high-reliability capacitors, but also high-performance magnets and high-density power modules.It can be said that TDK has been closely cooperating with the Chinese market and is developing and growing together.

Mr Asanuma says TDK's competitive advantage lies in materials, processes, design, analysis and production technology.Based on these competitive advantages, TDK will combine manufacturing excellence with providing customers with the best solutions to prepare for the trends of social energy transformation and digital transformation, and continue to invest in the Chinese market. 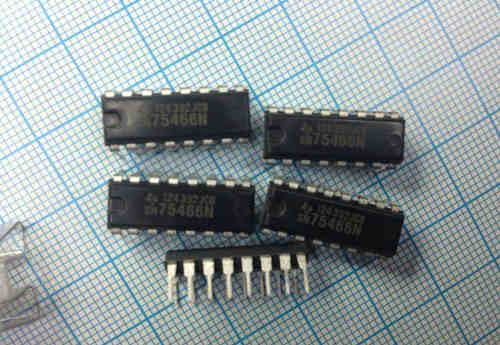 ToF sensor is a kind of popular sensor in recent years. It has many application scenarios in the fields of automobile, security and intelligent equipment.However, the ToF sensor introduced by TDK this time is different from that of other manufacturers.It is the world's first MEMS ultrasonic ToF sensor, according to Michelle meng-hsiung Kiang, chief executive of Chirp Microsystems.(Chirp was acquired by TDK as a wholly-owned subsidiary in 2018.) the advantage of MEMS ultrasonic ToF sensor is that its size is only one-thousandth of that of ordinary products, and the power consumption is only one hundredth of that of traditional products.According to xiao bian, these two points alone are enough to become a highly sought after object in the wearable market, and the MEMS ultrasonic ToF sensor also has high precision ranging ability and wide field of view.At present, Chirp provides ch-101 and ch-201 products, of which ch-201 has a distance measurement signal noise of 0.35mm (1 sigma) at 120cm, which is one percent of the noise of ToF sensor outside the competitive fuchsine.In addition, CH - 101 and CH - 201 can provide view (FoV), the highest can be up to 180 °, so can be implemented just a part of the entire space range of detection.If the customer's requirement is a fixed Angle of view, it can also be achieved through a simple mask.

In addition, it can be seen that the MEMS ultrasonic ToF sensor of Chirp only has one sound hole, because the ultrasonic wave sent by the sensor attenuates very quickly, it can realize the work of receiving and sending at the same time in a chip, which is very different from the traditional independent ultrasonic sensor of sending and receiving.

The axial lead polymer hybrid aluminum electrolytic capacitor is a new product of HP al caps family. This type of product has better advantages in size and layout.Grooves were also placed on the outside of the capacitor so that it could be jammed in response to the high vibration requirements of automotive applications.

The axial polymer blend technology offers two to five times higher ripple current capacity than a normal electrolyte product of the same size, depending on temperature and rated voltage.

When designing a 3D position sensor, there is a problem of stray magnetic field interference. It is a common practice to improve the magnetism of the device so as to reduce the interference of stray magnetic field.However, this method has its limitations. For example, the increase of the magnetic field inside the device means that the volume of the magnet increases, which is inconsistent with the current trend of miniaturization.In addition, in scenarios such as electric cars, the magnetic properties of the battery pack are so large that it is impossible to achieve the balance merely by increasing the strength of the magnets inside the sensor.In response to the challenges faced by this magnetic field sensor, TDK introduced a new series of HAL 39xy 3D hall effect position sensors with automatic stray field compensation function.

According to Mr. Chen xingpeng, manager of application department of tdk-micronas, the new hall sensor can not only accurately measure magnetic field, but also is low sensitive to interference magnetic field.Their unique spurious magnetic field concept is based on a vertical and horizontal hall plate array.The core of the sensor is the patented 3D hall pixel unit.Highly flexible sensor arrays enable design engineers to select the best stray field concept for different measurement tasks.

"HAL 39xy series has powerful DSP and embedded microcontroller, in which DSP is mainly responsible for fast signal processing (Angle calculation, compensation, etc.), and microcontroller is responsible for the overall scheduling, interface configuration and monitoring of functional safety related tasks.The development of custom firmware can be used by two modules."Coupled with the flexible hall front end, this enables customers to implement a variety of new applications, such as custom signal processing or support for new interface standards.

The Chinese market has become the most important market for TDK, and TDK has developed many excellent products and solutions tailored to the needs of Chinese customers in China.With the implementation of the strategy of Monozukuri(manufacturing excellence)+Kotozukuri(providing the best solution to meet the needs of customers), we believe that TDK and China will continue to move forward rapidly on the road of digital informatization and energy transformation.