Skyworks, the world's top three RF component manufacturers, warned that due to the impact of the new crown epidemic, the fifth-generation mobile communications (5G) market demand may not be as good as expected, the timetable for the popularization of 5G mobile phones will be delayed, and the timescale for mass production of related chips and key components will also be delayed.

RF components are the key components of 5G applications. Skyworks' view means that the overall demand will face a contraction in the short term, which not only directly impacts the performance of GaAs supply chains such as Stability and Acer, but also affects the market outlook of 5G-related players such as MediaTek.

The legal person pointed out that although the demand for the gallium arsenide industry was still normal in the first quarter of this year, customers of major brands had already placed orders before the outbreak of the epidemic. As the market terminal demand was affected after the epidemic spread, unsellable products naturally turned into inventory. , Which in turn affects the strength of pulling goods in the second quarter, and may even cut orders.

Regarding related rumors, the relevant supply chain will not be commented. In an interview with US media, Skyworks said that due to the delay of the Asian supply chain and weak demand, the 5G market demand is not as warm as expected last year, and it is likely that the mass production schedule of terminal devices and key components will be delayed. According to the legal person, after the spread of the new crown epidemic across the world, many cities have been closed down, which has indeed hit the consumer power of the terminal market. Although factories in mainland China have resumed work, it is still a big question mark whether they can support the launch of 5G mobile phones. Recently, Apple took the lead in revising the financial test, and then Skyworks also lowered the financial test, making the outside world worried about the prospects for 5G mobile phones. The relevant supply chain includes Stable and Acer Technologies, which both manufacture Skyworks radio frequency components. If Skyworks reduces the order quantity, It is bound to affect the performance of domestic gallium arsenide industry. The legal person stated that since Apple's first shot warned that it could not meet the quarterly revenue target, many foreign parts and components are quite worried about future market demand, and Skyworks ’revenue from Apple is quite high. If demand is lower than expected, arsenic in the second quarter The gallium industry is likely to fall into a gloomy quarter. 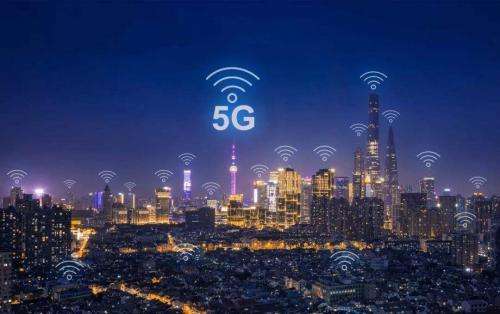 Tianfeng adjusted its forecast for the design of the new 2H20 5G iPhone PA (radio frequency power amplifier), and the 5G PA consumption of each 5G iPhone was significantly revised down to 1 or 2 (previously estimated 6). Tianfeng has predicted in the past reports that the new 2H20 5G iPhone will have a total of 6 new 5G PAs, including 2 n41, 2 n77, and 2 n79 each (refer to "Apple's 5G strategic layout; Stability and Broadcom are The biggest iPhone PA winner of 2019-2021 "[17 June 2019]). However, our latest survey indicates that because n41 is integrated with 4G mid-high frequency PA, it is not used, and 2x2 Uplink is cancelled. Therefore, each new 2H20 5G iPhone uses 1 or 2 5G PAs (one for n77 and n79, or n77). Integrated with n79). Tianfeng also adjusted its previous forecast for iPhone 5G PA suppliers. We originally expected Broadcom (AVGOP.US) / Avago (AVGO.US) and Taiwan Wenyi Company to be the exclusive suppliers of iPhone 5G PA, and Broadcom / Avago was responsible for the design. Taiwan Wen Ye Company is responsible for production. However, we expect that Qorvo (QRVO.US) and Skyworks (SWKS.US) will replace Broadcom as the iPhone 5G PA supplier, and Broadcom will only focus on the supply of n41 mid- and high-frequency PAs.

Although the unit price of mid- and high-frequency PAs integrated with n41 has increased, since Broadcom is almost the sole supplier of mid- and high-frequency PAs for the iPhone 11 series, 2H19 has a high base period of revenue from iPhones. In addition, it has lost new product revenue drivers due to withdrawal from 5G PA. Therefore, we believe that Broadcom's YoY iPhone business in 2H20 has limited growth.

We believe that the iPhone 5G PA supply ratio has not been determined, but Qorvo and Skyworks suppliers will have better year-on-year growth in the iPhone business in 2H20. Due to Broadcom's withdrawal from the supply of iPhone 5G PA, the stable iPhone 5G PA business is lower than expected and faces the risk of decline from the Chinese mobile phone market. Therefore, although we are looking at the stable long-term trend, the overall business of the company is uncertain. Investors must closely monitor the recent changes in the company's capacity utilization rate. The recent strong rebound in stock prices also indicates that the market has high expectations for stable growth. Therefore, we recommend investors to pay attention to stable recent capacity utilization.

The deployment of a new generation of 5G wireless networks is showing signs of slowing down, which has caused some network equipment manufacturers' recent sales prospects to be frustrated, and may cause some consumers to enjoy the high-speed data transmission time brought by 5G technology. Industry executives said that the slowdown in laying out in multiple markets has its own reasons, and different countries are affected by different situations. Equipment manufacturers say that in some cases, telecommunication service providers want to be sure that their investments will pay off before investing more in further infrastructure. The investment required to deploy a fifth-generation cellular network is huge, partly because of how the system works. For 5G to cover a city, more base stations and local relay points than traditional communications infrastructure need to be built in order for devices to connect to the network.