Low-cost, high-performance microcontrollers are driving the rapid emergence of digital motor controls capable of responding to various operating conditions through software control. By designing PI controllers in software, engineers can create responsive motor control systems with a minimum number of components. In practice, however, finding the optimal set of PI controller parameters presents a significant challenge to developers. Engineers often find that the unique characteristics of each motor (and the associated motor control system implementation) complicate the task of ensuring stable motor operation at different speeds and loads. As a result, motor control development teams find themselves forced to extend project schedules and address subtle tuning issues.

Traditional PI controllers use a control loop that generates outputs to reduce errors between expected and measured values in certain processes. In the serial form of the control loop, Kb sets the PI controller's zero point, while Ka sets the bandwidth of the closed-loop system response.

In the serial form of a traditional PI controller, the engineer must find the optimal settings for its zero point (Kb) and bandwidth (Ka). This process often delays motion control projects.

A typical speed control loop uses two PI controllers to control the motor current and the speed itself, adding to the task of finding the best controller parameters.

In practice, achieving consistent performance under various operating conditions becomes complex and time-consuming. Engineers must adjust multiple parameters to tune the controller for a specific speed and load operating points. However, a specific tuning solution may only address a small range of speeds and loads. As a result, engineers may find that highly dynamic systems with different speeds and load points may need to adjust the PI controller for each point, further delaying the project schedule.

ADRC has a high degree of uncertainty in the motor model. It treats unmodeled motor dynamics and undesirable system behavior as disturbances that can be estimated, rejected, or corrected. This allows SpinTAC controllers to control various positions, speeds, and loads using a single tuning parameter (called bandwidth) that determines the system's stiffness and how strongly the system will suppress disturbances.

When designers use this tuning method to increase the controller's bandwidth, the response to torque disturbances is faster, and there is less overshoot. If the bandwidth is too high, the system oscillates around the target speed when the torque disturbance is removed from the system. When the torque is removed, the designer must find the bandwidth so minimal oscillation around the target speed value. 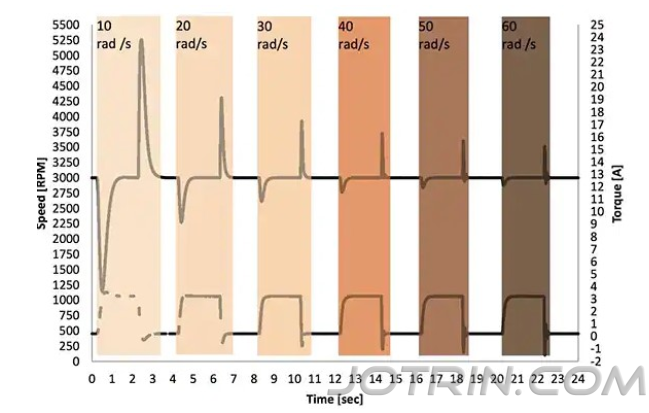 The SpinTAC tuning requires only one parameter to be set - the bandwidth. In this example, the ideal bandwidth is 40 rad/s. The response exhibits minimal oscillation around the target velocity at this bandwidth when the torque is removed.

Instead of dealing with the complexity of optimizing multiple parameters in a traditional PI controller, InstaSPIN-MOTION allows engineers to tune their systems by setting a single bandwidth parameter. This simple and powerful approach can significantly reduce development time compared to traditional PI controllers' designs. At the same time, this approach provides a solution with less overshoot and faster build time, reducing the final application's overall power consumption. 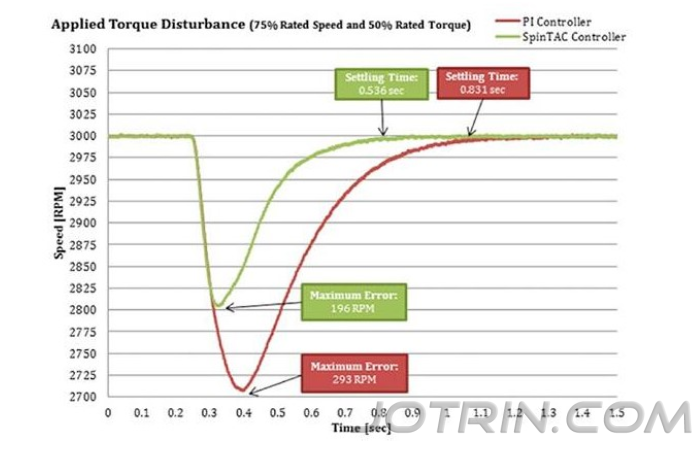 For faster deployment of these designs, TI offers dedicated versions of its C2000 Piccolo MCUs, which include the InstaSPIN-MOTION library in on-chip ROM and flash memory at no additional cost. The C2000 InstaSPIN TMS320F28069M MCU, based on the 90 MIPS C28x processing core, combines on-chip The C2000 InstaSPIN TMS320F28069M MCU is based on the 90 MIPS C28x processing core and combines the on-chip InstaSPIN-MOTION motor control software with a complete set of on-chip peripherals, including a 16-channel analog-to-digital converter (ADC) for collecting data used in motor control algorithms. 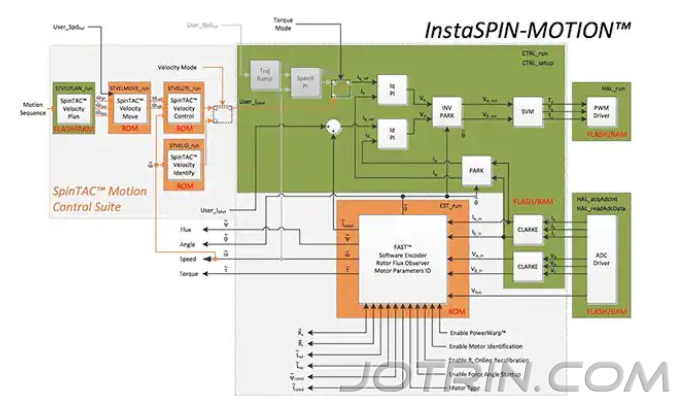 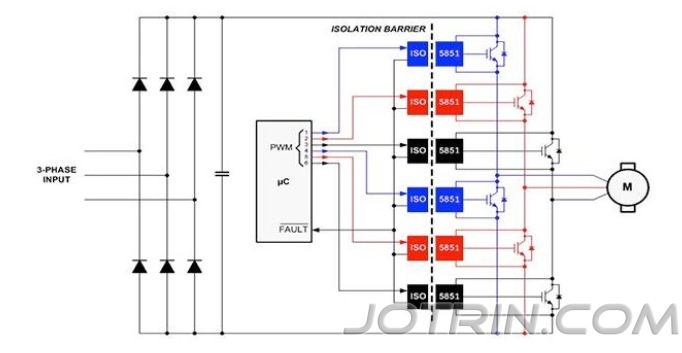 Developers can jump-start motor control development with the TI C2000 Piccolo F28069M LaunchPad, which features all the hardware and software needed to develop F2806x microprocessor-based applications. Ti also offers a complete suite of motor control solutions, such as the High Voltage Motor Control Suite, which provides a comprehensive introduction to the most common types of TI also offers complementary kits, such as the BLDC Motor Kit, which includes a brushless DC motor with a built-in Hall-effect sensor, out-of-the-box for use with the Motor Control Kit software.

Conventional motor control designs using traditional PI controllers can face significant delays due to the complex process of tuning these controllers. TI's InstaSPIN-MOTION is built into a dedicated microcontroller that reduces tuning to a single parameter, providing designers with a combination of simplicity and stability that makes it ideal for applications such as robotic systems with multiple state transitions or experiencing dynamic changes. Ideal for applications such as robotic systems that have multiple state transitions or experience dynamic changes.

Next: Working principle and types of position sensors