Sensors are used for many applications and their use is growing rapidly. Furthermore, today’s increasingly sophisticated devices require an emerging class of intelligent sensors in mass volume.  For instance, in handheld devices magnetic sensors are essential to implement compass-functionality and to detect the timing of opening and closing of a flip cover. MagnaChip’s intelligent sensor families address these magnetic sensor requirements with a new style of design made possible by integrating multiple functions and lowering power consumption utilizing MagnaChip’s own proprietary 0.18 micron mixed-signal technology.

MagnaChip is charging ahead with its new 0.18 micron design in its target market segments, as the sensor industry as a whole needs to move to a more cost-effective smart sensor solution in order to meet lower cost and product differentiation objectives in areas such as smartphones. Several factors make the smartphone market particularly compelling for this new intelligent design.

A recent report from the Gartner Group shows smartphone production growing by a CAGR of 61.6% from 2009 to 2012 with unit production continuing to increase due to emerging manufacturers and the growth of 4G / LTE networking. To make smartphones more attractive to consumers, design teams are turning to sensors as one way to differentiate their models by incorporating more user friendly interfaces and an overall better user experience.

According to another recent report issued by Gartner Group, the non-optical sensor market will be growing by a CAGR of 12.1% from 2012 to 2017, which is partially attributed to the increasing number of sensors inside a mobile phone. For models manufactured in 2013, there are typically 12~13 sensors in a smartphone.

MXM11XX and MXG1300 families are currently being sampled and will go into production in Q3 2013. Evaluation kits are available through MagnaChip sales channels. 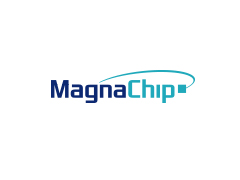