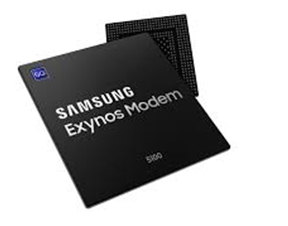 As the world's leading international mobile phone manufacturer, apple has not been able to find an ideal solution for 5G -- no breakthrough has been made in the research of 5G baseband by itself, and Intel has frequently "dropped the chain" in 5G baseband, and its procurement from samsung and qualcomm has been "rejected".

Foreign media reported that apple was interested in qualcomm and samsung electronics to purchase 5G baseband chips, but they were rejected.

Among them, the reason given by samsung is insufficient production capacity.Today, the same media continued to report that samsung Modem 5100 baseband chip capacity is tight, not enough to supply apple's first 5G mobile phone demand.

Apple's relationship with the two 5G baseband manufacturers has been acrimony, litigation.

Qualcomm and apple have been locked in a patent battle for two years.Qualcomm believes that apple has infringed qualcomm's patents related to the performance of mobile phones and extended the battery life of mobile phones, and it has filed a lawsuit against apple for sales ban.Apple argues that qualcomm abused its chipmaker monopoly by overcharging licensing fees.In total, qualcomm and apple have filed more than 50 lawsuits in 16 jurisdictions in at least six countries over the past two years, according to preliminary estimates.

In the latest development, on March 16, a jury in the U.S. district court for the southern district of California ruled that apple had infringed three qualcomm patents and paid $31.6 million in damages for infringing its technology.

The seven-year patent battle between samsung and apple ended last year.Apple is suing samsung for infringing its patents by copying the design of the iPhone.The two settled after samsung paid apple nearly $539 million in damages.

The core technology area of 5G chips is currently controlled by qualcomm of the United States, samsung of South Korea and huawei of China.After hitting a wall with qualcomm and samsung, huawei is now the only commercially viable manufacturer of 5G baseband capable of mass production.However, huawei has long said it does not plan to make money from selling chips, which it currently USES only for its own products.

Before that, apple had sought Intel's solution to 5G, but it didn't go well.In addition, apple's iPhone XS/XR and other phones were found to have poor signal quality and other problems after the massive use of Intel baseband last year.

At present, it is also said that apple is developing its own 5G baseband, but The specific process is not known, only The following information: on December 12, 2018, The Verge quoted a source as saying that "apple is developing its own baseband chip";On February 7, Reuters reported that apple's baseband engineering team was officially incorporated into the chip development department.

This year, huawei, zte, samsung and other mobile phone manufacturers are expected to launch 5G phones, and apple has not yet found a solution for 5G technology, which means that apple may miss the first wave of 5G war, according to bloomberg, apple's 5G phone will not be available until 2020 at the earliest.