The main reason is that  the  AI and 5G technologies are getting closer to consumers, the requirements for various end products are getting higher and higher.The new memory will feature a maximum transfer speed of 6,400Mbits/s with much lower VDD (LPDDR4 specifies a supply voltage of 1.1v; LPDDR5 can operate with a VDD of just 0.5v)

LPDDR5 DRAM is the industry's first memory specification for the LPDDR5 chip. It is reported that the module's single-capacity 8Gb (1GB), 8GB module prototype is also completed and functional verification, memory speed (pin bandwidth) up to 6400Mbps. 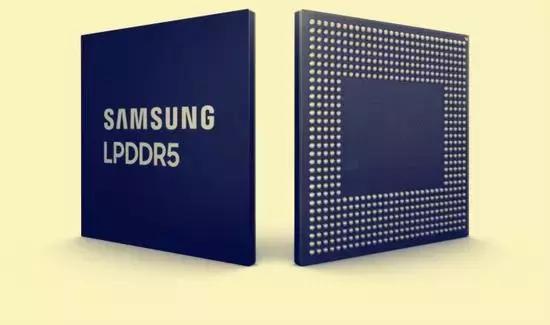 It is worth mentioning that Samsung Electronics has successfully mass-produced the first 8Gb LPDDR4 to mass production in 2014,then began to promote the transition to the new LPDDR5

In the current mobile phone market, the flagship machine uses the memory specification LPDDR4X, including the iPhone X, Samsung S9 series and the domestic market of Xiaomi 8, one plus 6 and so on.

At the same time, power consumption is reduced by up to 30% over LPDDR4X, mainly due to the technology of dynamically adjusting voltage, avoiding inefficient consumption, and deep sleep. It can reach 6400Mbps under 1.1V working voltage and 5500Mbps under 1.05V. This is an ultra-fast, low-power (LP) memory that is ideal for 5G and artificial intelligence (AI)-driven mobile applications. It can be selected by mobile phone or car platform. 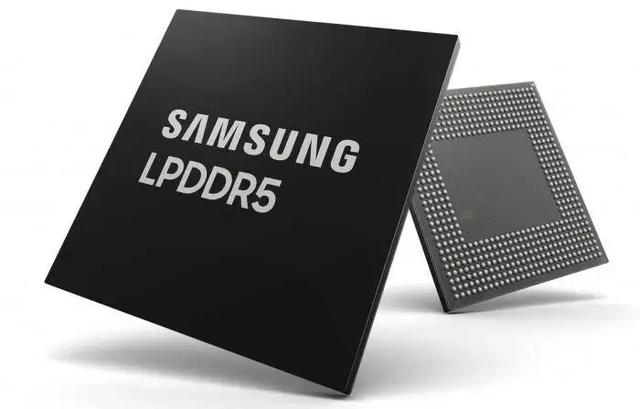 Samsung said that its plant in Pyeongtaek, South Korea will begin mass production of next-generation memories of the LPDDR5, DDR5 and GDDR6 types to serve mobile phones, PCs and graphics card manufacturers. Currently planning to start mass production according to customer needs, NVIDIA's 11 series of new graphics cards, may use GDDR6 memory.Based on its industry-leading bandwidth and power efficiency, the LPDDR5 will be able to power AI and machine learning applications, and will be UHD-compatible for mobile devices worldwide.

In the new generation of memory, Samsung's 10nm process has an absolute technical advantage, and Intel ,which the world leader of chip,has previously said that the 10nm process will not be mass-produced by the end of 2019, which means that Intel's processors are still 14nm process before 2020.That shows Samsung still has considerable influence on the entire industry.With data rates this high, LPDDR5 should be capable of sustaining up to 50GB/s of bandwidth in devices where 64-bit memory buses are common. That’s high enough to give PCs a run for their money at least in raw bandwidth — in practice, the very different memory structures, higher core counts, and large caches on PC SoCs make their memory subsystems significantly different from smartphones or tablets. 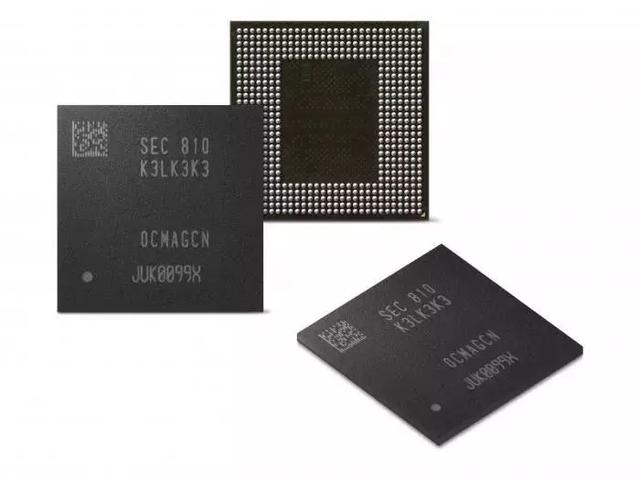 In the Chinese market, storage chips are almost entirely dependent on imports, especially the previous "ZTE event" caused heavy thinking of the Chinese. Compared with Samsung, Micron and SK Hynix, Chinese companies are still 0 in DRAM memory chip production, and are still in the research and development stage. Although Ziguang's Xi'an Ziguang Guoxin has DDR3 and DDR4 memory pellets, it still has a long way to go before mass production.

Jotrin Electronics will continue to pay attention to the latest developments in the electronics industry and report on the latest technology product information.

About Samsung
Established in 1973, Samsung Electro-Mechanics has become a remarkable developer and manufacturer of key electronic components not only in Korea but also in other parts of the world.

Samsung Electro-Mechanics has began as a producer of audio/video parts, which has been the foundation of the company to lead the technological autonomy of the parts industry in Korea. During the '80s, Samsung Electro-Mechanics diversified its business and included materials and computer parts on its business scope, while during the '90s, it placed its focus on the development of next-generation products, including chip components, telecommunications parts, and optic parts.

Since the turn of the century, Samsung Electro-Mechanics has been leveraging its technological excellence in key areas, such as high-frequency wireless materials and power/precision mechanics to further develop its strategic technology and to generate synergic effect in its businesses. With this, Samsung Electro-Mechanics continues to focus on developing its business in boards, chip parts, camera modules, and communication modules with the aim to become the world leader in each of those fields. Samsung Electro-Mechanics will continue to expand its business portfolio through quality enhancement, technological advancement, and development of new products. It also aims to foster next-generation business opportunities to make its next leap as the leader in the electronic parts industry.