Research on Implementation of Communication Function Based on MILSTD1553B Data Bus

At present, with the progress of technology and technology, the development of integrated circuit technology has made it possible to integrate a programmable system (Programmable System ON a Chip, PSOC) on a chip. Among them, Field Programmable Gate Array (FPGA) is widely used in the design of mathematical application-specific integrated circuits due to its flexible design and fast speed. The theory and implementation of digital signal processing (DSP) has achieved rapid development and has become one of the fastest-growing disciplines in the contemporary era. Because of its high-speed processing speed and powerful and flexible interface and communication capabilities, it has been widely used in many fields.

The operating frequency of the 1553B bus is 1 Mb / s. Using Manchester II code, half-duplex working mode. The main hardware components are the bus controller (BC), remote terminal (RT), and optional bus monitor (MT). Under normal circumstances, these 3 parts are completed through a multiple bus interface (MBI). MBI can be embedded in the computer. The bus has 10 message formats. Each message contains at least 2 words, each word has 16 message bits, a parity bit and a 3-bit sync header. All message words are constructed using Manchester II code.

The 1553B data bus uses a command / response type communication protocol. He has 3 types of terminals:

He is the only terminal on the bus that is arranged to perform setup and start data transfer tasks.

He is the interface from the user subsystem to the data bus. He fetches or absorbs data under the control of the BC.

He "monitors" the information transmission on the bus to complete the recording and analysis of the data sources on the bus, but he does not participate in the communication of the bus itself.

The transfer of information on the 1553B bus is based on messages. All messages are composed of data words, instruction words, and status words.

The functional division between these five layers is clear, and the interface is simple, thus laying a good foundation for the design and implementation of hardware and software. The application layer is the highest level of the communication system. It implements the communication system management functions (such as initialization, maintenance, and reconstruction) and interpretation functions (such as describing the meaning, validity, scope, and format of data exchange).

The driver layer is the software interface between the application layer and the lower layers. In order to achieve the management function of the application layer, the driver layer should be able to control the initialization, start, stop, connection, disconnection, and start of self-test of the multiplex bus interface (referred to as MBI) in the subsystem, monitor its working status, control its System host data exchange.

The data link layer controls the transmission sequence of each message on the bus in accordance with MILSTD1553B.

The physical layer handles bit stream transmission on the physical medium of the 1553B bus in accordance with MILSTD1553B.

This part is written in VHDL language, which realizes the function of receiving, sending, 1553B bus data, Manchester II code, error detection, parity check, interface with DSP and decoding circuit. The transmitting unit and the receiving unit work in parallel and are implemented by a logic gate circuit.

The functions implemented by the DSP control program are as follows: 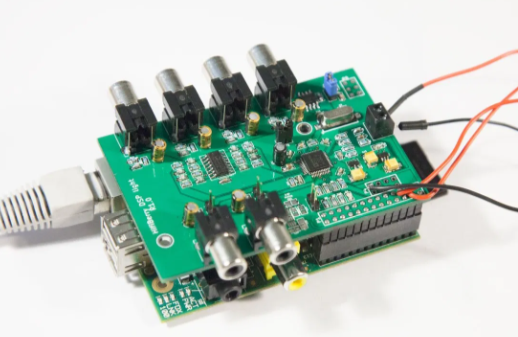 The message transmission control program completes the data exchange between the bus interface board and the host computer for the data that the bus should transmit. Including the data reading and writing process and self-test process, the operations to be completed are as follows:

① Write and send data to the FPGA (to the bus).

② Read data from the FPGA (the data is processed by the DSP).

③ Write data to the dual-port RAM (to the host computer).

④ Self-testing process. The self-test process is to realize the data sending and receiving performance test of the interface board after receiving the self-test command from the host computer.

The software of the DSP part adopts mixed programming of C ++ and assembly language. The key paths such as interrupt service routines, data sending and receiving programs all adopt assembly language to achieve the maximum execution efficiency. The main program is written in C ++.

It mainly implements software driving, data communication and transmission control of the interface board by the host computer under a specific operating system. C ++ is mainly used for software development in the Windows environment.

This paper introduces a method for designing and implementing communication software for an aircraft bus system based on FPGA and DSP. In actual application, the communication function of the bus system is well realized, which has certain use and reference value for the study of 1553B bus.