Microcontroller (MCU) international leading manufacturer renesas electronic 14 days released 2019 Q1 financial report.The company reported its first quarterly loss in seven years in the past quarter, with consolidated revenues shifting to a loss of y1.26bn from a y23.365bn profit in the first quarter of last year.

In view of the year-on-year loss of this financial report, renesas cited the softening demand in the Chinese market and the adjustment of inventory in circulation.

Renesas cited the slowdown in demand in China as a reason for its conservative approach, as well as the company's previous public statements.Is the Chinese market really to blame?

Going into 2019, will the market go into a tailspin?Let's go back to the terminal application market.According to data released by ICInsights compiled by guanyantianxia data center, the top five application markets of MCU are consumer electronics, computer networks, automobiles, IC CARDS and industrial fields.

According to the research report issued by tonghuashun, consumer electronics remained under overall pressure in the past quarter.At present, the domestic electronic parts market is faced with challenges such as the saturation of the smart phone market and rising labor costs. 5G will not be commercialized on a large scale in the short term, and mobile phone replacement tide still needs to wait.Worse, cicc, a research firm, reckons that demand for consumer electronics, especially smartphones, will remain weak in the second quarter. 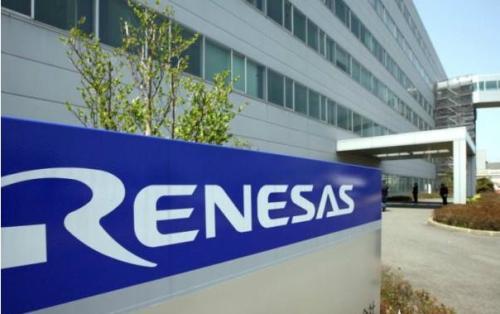 The market for computer networks is similar to that for consumer electronics, with no obvious demand to lift the market until 5G arrives.

The performance of the automobile market in the past quarter is still cold.According to market data released by the association, the cumulative sales volume reached 5.077 million in the first quarter of this year, down 10.5% year-on-year.The worse news for MCU manufacturers is that the whole first half of 2019 will be the destocking stage due to the implementation of emissions from the six countries, and it will be difficult for all manufacturers to release new cars in a short time.

There are also positive signs in the big five end markets.According to the forecast of chinanews.com, the whole IC card market will maintain a steady rising trend in 2019, and China is still the world's leading producer of IC CARDS and IC card modules.

Domestic industrial production still maintained a good growth.According to the data released by China industrial economic information network, the added value of industries above designated size in the first quarter of 2019 increased by 6.5% year on year, up 0.8 percentage point from the fourth quarter of last year and 0.3 percentage point from the whole year of last year.Industrial applications are gaining weight in MCU vendor strategies, and a good recovery in this area is a positive sign.

Overall, the domestic MCU market demand is mixed, compared with the previous general upward trend, renesas electronics is understandable as a demand recession.As things stand, the next big wave of demand will come from 5G, but not until 2020.