Home > Other > PCB assembly and differences from PCBA

PCB assembly and differences from PCBA

Did you know that almost every gadget or electronic device you use in your daily life has a common basic component? Almost any electronic device, including your PC, laptop, smartphone, game console, microwave oven, TV, dishwashing Machine, etc., will not work properly without PCB assembly. So, what is PCB assembly?

Difference between PCB and PCBA

PCB refers to an empty circuit board. In this state, the board does not contain any electronic components and looks like green slate with dividing lines and spaces. Therefore, the PCB itself cannot be used for work unless and until the entire assembly is completed.

On the other hand, PCBA is also referred to as the process of soldering and assembling electronic components on circuit boards and finished / assembled circuit boards. The finished PCBA is actually used for electronic equipment instead of PCB.

What are circuit board components

The circuit board assembly participates in various steps. This is a non-linear process, indicating that factors need to be considered, and the process can be changed and adjusted based on these factors. Expected results and the use of PCBA are one of the main considerations in deciding components and general board assembly processes.

Here are some parts and components PCB assemblies that need to be made:

1. Basic printed circuit board or substrate

2. Electronic components to be mounted on a circuit board. It depends on the use of the board and the complexity of the equipment. For example, a PCBA for a radio is relatively simpler than a PCBA for a computer. In fact, some computers can have up to 12 different circuit layers on a PCB.

3. Solder materials, solder wire, solder paste, preforms and other solder materials. The preform depends on the type of welding to be performed. 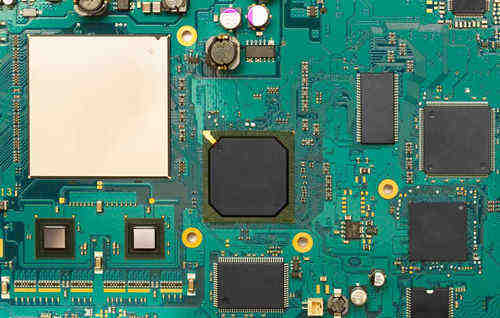 5. Other welding equipment such as soldering stations, wave soldering machines, inspection, test equipment and SMT equipment. The use of equipment depends on the expected results, costs and time resources. For example, the reflow soldering processes used in electronics are primarily vapor and infrared. Choose one of these processes based on the above factors.

Circuit boards are usually made of epoxy or other composite materials. It is used to physically support components and electrically connect them to form real-time circuits.

In the simplest sense, a PCB will consist of a thin layer of insulating material and a layer of copper foil, which are jointly laminated to the underlying substrate (usually made of epoxy, fiberglass or similar composite material). The number of layers on the PCB depends on the use and application. Line or circuit traces on a PCB are created with the help of chemical etching. These lines facilitate the flow of current and connect the various components together.

There are different types of circuit boards or PCBs. Depending on the type of application, the manufacturer will choose the PCB. Here are some of the most widely used PCB types:

Multi-layer PCBs are more common because they push the envelope behind a double-sided PCB. There can be multiple substrates in this PCB. The insulating material acts as a separator between the dielectric and these plates.

Multi-layer PCBs are designed to save more space than double-sided PCBs. Generally, multilayer boards have 4,6,8,10 layer options, but can be customized to have more layers. These PCBs can be used in computers, medical machines, smartphones and servers.

PCBs not only have different levels of layers and sides, but they are also rigid. Generally, when we talk about PCBs, we mean rigid PCBs. These types of circuit boards use rugged, non-flexible substrate materials such as fiberglass, epoxy, etc. As a result, the board is not easily bent and provides mechanical support for the components and the device as a whole. Computer motherboards are a common example of rigid PCBs. 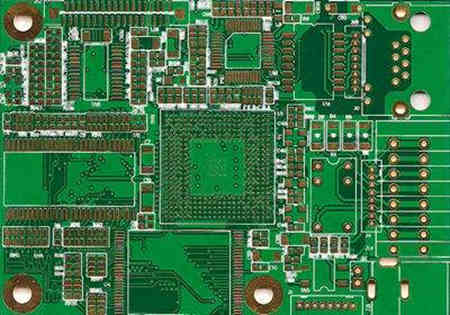 Flexible PCBs are directly opposed to rigid PCBs. As the name suggests, these circuit boards are made of flexible substrate materials, such as plastic. The substrate material provides the board with sufficient flexibility to adapt to various shapes and sizes. However, the way to maintain flexibility does not damage the circuits on the board.

The design and manufacture of flexible PCBs is often more expensive than rigid PCBs. However, there are many advantages, such as the need to replace heavy wiring in advanced equipment to increase space and reduce weight output. Like rigid PCBs, flexible PCBs can also be single-sided, double-sided, and multilayer.

Metalcore PCBs or others called MCPCBs are PCBs designed specifically for identification purposes. For example, the LED industry is developing rapidly, but they cannot effectively solve the heat dissipation problem. With MCPCB, this problem can be solved.

The metal core PCB is made of metal plate, copper foil and heat insulation layer. All in all, PCB has magnetic permeability, excellent heat dissipation, high rigidity and high processing capacity. In this case, the base materials are usually aluminum and copper. However, copper is known to perform better than aluminum and is more expensive.

Method for installing circuit board assembly

The technology used to assemble a circuit board and its various components is called a mounted technology board assembly in a circuit. Depending on the application, cost, size and other considerations, manufacturers use different kinds of installation methods. Here are some of the most commonly used techniques:

Most electronic boards currently produced are manufactured using SMT. Due to its increased circuit density and its ability to produce results on smaller boards, it has replaced the more traditional via technology (more on that in the next point). Generally, SMT uses solder to connect components to a circuit board, but in some cases, it is also possible to use an adhesive dot on the second side to hold the component in a reflow oven.

Board through hole assembly

Through-hole technology (also called "through-hole") is a mounting technology in which an electronic component is inserted through a hole built into a circuit board and then soldered to a pad. Welding can be done manually or using a plug-in installation machine.

Through-hole technology replaces traditional point-to-point structures. As double-sided and multilayer boards become more popular, through-holes have become popular. It is used to connect components with conductive layers to ensure that the circuit board works properly. These components are equipped with leads for the other side of the through-hole board.

In contrast to the SMT method, through-hole technology provides greater cohesion for circuit board components, as the unit is placed through the circuit board itself.

So usually it can be time-time consuming. However, major manufacturers like RayPCB like us, use this technology and break down processes into segments and use experts in each segment. Therefore, we can shorten the lead time.

Common uses for each type of PCB assembly

In fact, IBM pioneered this process and brought it to the mainstream. Through-hole technology is currently used more for larger components, such as electrolytic capacitors and semiconductors, because it holds components better than SMT.

Electromechanical components are generally used for AC and DC power distribution, computer interface and control systems due to their versatility in power-enhancing mechanical functions.

PCB is a very close and dear part of our contemporary life, although we still haven't noticed it. For decades, the technology for effectively assembling and mounting components has rapidly evolved into a fast-to-point structure from through-hole to SMT. In addition, each has its own advantages and disadvantages, making them perfect for some tasks and not others.