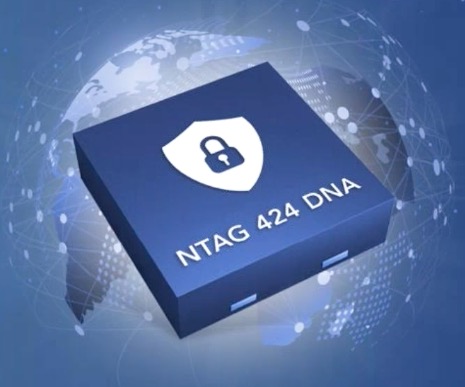 The security of RFID and NFC has always been a concern, but the use of RFID and NFC continues to grow, showing that there is no doubt that RFID and NFC can bring convenience to our lives. Fortunately, a growing number of high tech companies are working on RFID and NFC security, such as NXP, which recently launched an NFC Tag called NTAG 424dna, and NXP aims to make NFC even more secure.

Before learning about NXP's NTAG 424dna, we'll talk about RFID and NFC Technology and security.

The description of RFID and NFC Technology and Security

RFID technology has been in use for decades, with the first patent being granted back in 1983. Despite initial security concerns and some public debate about its security and privacy, RFID remains a popular technology.

It can identify tags, whether they are near passive or as long as 100 meters of active power, making inventory, manufacturing and  attendee tracking applications well suited for RFID. With this range of distance, there are concerns about the privacy of hackers and RFID, although some argue that RFID security concerns have been addressed or are largely overblown.

NFC,the protocol of RFID, has been defined since 2003 and has been widely used in smartphones since 2010. In recent years, NFC has become rapidly popular in mobile applications, perhaps most prominent in the use of payment applications such as Apple Pay, Google Pay and Android Pay.

NFC devices can be used as either readers or tags, and the communication only takes place within a limited range of a few centimetres, rather than  the long distances like RFID. This close-range adds a layer of security, as as it would be very difficult to intercept communications within the centimeters between devices.

There are still some NFC privacy and security issues, but developers are actively addressing NFC security issues. For example, Google Pay uses a temporary alias for a virtual account to block your account. Others argue that basic cell phone security such as a lock screen or fingerprint ID makes NFC more secure than a credit card in a wallet.

However, with the development of the Internet of things, NFC applications will grow rapidly and bring many new security threats and opportunities. According to Mintel, customers demand that brands be accountable for data transparency, while NFC offers a personalized experience for customers.

Ok, with a brief introduction to RFID and NFC Technology and Security, next we'll talk about NXP's New NFC TAG-NTAG 424DNA, an NFC tag with enhanced levels of Security and privacy.

The description of NXP's NTAG 424 DNA

NTAG 424 DNA sets a new standard in secure NFC and IOT applications. The new chip generation offers state-of-the-art features for security and privacy protection, on attack-resistant certified silicon. The NTAG 424 DNA is architected to provide AES-128 cryptographic operation, new SUN authentication mechanism upon each read-out by an NFC enabled mobile device, as well as sensitive data protection with crypto-secure access permissions. This enables the most advanced product and content protection, plus secured and unique user experiences served in real-time.

The NTAG 424 DNA TagTamper tags go further and facilitate even more customized engagements by serving up status-aware, relevant consumer messages once the tag’s seal on a label or container has been broken.

Both the NTAG 424 DNA and 424 DNA TagTamper are sampling now with select customers.

The features of NTAG 424 DNA

NTAG 424 DNA TagTamper includes all of the above features plus:

It has five keys and access rights and can be configured for specific security requirements such as messages, authentication, and encrypted communications.

The tag generates a random ID where each tap of the NFC generates a different output. It also allows for encrypted user ID and content.

Messages can be sent encrypted using secure unique NFC (Sun) message authentication on the tag. Using AES-128 encryption, a new SUN is created with each click The NFC reader reads the unique URL using Sun Code and sends it to the server. The server validates the message and tag and returns the message to the NFC reader.

As the world of connected devices grows rapidly and consumer demands for privacy and security increase, hardware solutions like the NTAG 424 DNA for NFC may become key players in consumer trust.

Have you learned about the RFID and NFC Technology Security and NTAG 424 DNA , please contact us if you have any questions about the content of this article. We'll do our best to correct it.