The LED driving power source converts the power supply into a specific voltage and current to drive the LED light-emitting voltage converter. Usually, the input of the LED driving power source includes high-voltage power frequency AC (ie, mains), low-voltage DC, high-voltage DC, low-voltage high-frequency. AC (such as the output of an electronic transformer). The output of the LED driver is mostly a constant current source that changes the voltage as the LED's forward voltage drop changes. The core components of the LED power supply include a switch controller, an inductor, a switching component (MOSfet), a feedback resistor, an input filter component, an output filter component, and the like. According to different occasions, there must be input overvoltage protection circuit, input undervoltage protection circuit, LED open circuit protection, overcurrent protection and other circuits. 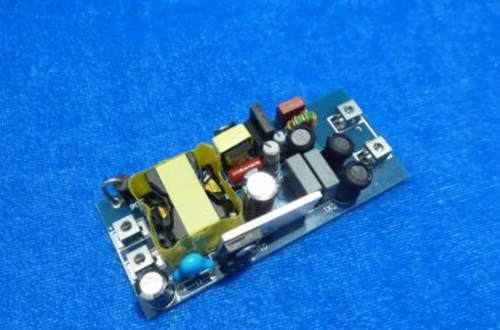 LED is an energy-saving product, and the efficiency of driving the power supply is high. It is very important to dissipate heat from the power supply installed in the fixture. The power source has high efficiency, its power consumption is small, and the heat generated in the lamp is small, which reduces the temperature rise of the lamp. It is beneficial to delay the light decay of LEDs.

The power factor is the load requirement of the grid. Generally, there are no mandatory indicators for electrical appliances below 70 watts. Although the power factor of a single power consumer with low power has little effect on the power grid, the amount of lighting used at night is large, and the similar load is too concentrated, which will cause serious pollution to the power grid. For 30 watts to 40 watts of LED driver power, it is said that in the near future, there may be certain indicators for power factors.

There are two types of traffic: one is a constant voltage source for multiple constant current sources, and each constant current source supplies power to each LED separately. In this way, the combination is flexible, and all the LED faults do not affect the work of other LEDs, but the cost will be slightly higher. The other is direct constant current power supply, which is the driving mode adopted by “Zhongke Huibao”. The LEDs operate in series or in parallel. Its advantage is that the cost is lower, but the flexibility is poor, and it is necessary to solve a certain LED failure without affecting the operation of other LEDs. These two forms coexist for a while. Multi-channel constant current output power supply mode will be better in terms of cost and performance. Perhaps it is the mainstream direction in the future.

The ability of LED to resist surge is relatively poor, especially the ability to resist reverse voltage. It is also important to strengthen protection in this area. Some LED lights are installed outdoors, such as LED street lights. Due to the start of the grid load and the induction of lightning strikes, various surges will be invaded from the grid system, and some surges will cause LED damage. Therefore, the analysis of the "Zhongke Huibao" drive power supply should have a certain lack of surge protection, and as the power supply and lamps are frequently replaced, the LED drive power supply should have the ability to suppress the intrusion of surges and protect the LED from damage.

In addition to the conventional protection function, it is better to increase the LED temperature negative feedback in the constant current output to prevent the LED temperature from being too high; it must meet the requirements of safety regulations and electromagnetic compatibility.

3, according to the driving method can be divided into two categories:

b. The constant current circuit is not afraid of load short circuit, but it is forbidden to completely open the load.

c. The constant current drive circuit drives the LED, which is ideal, but relatively high in price.

d. Pay attention to the maximum withstand current and voltage value used, which limits the number of LEDs used.

a. When the parameters in the voltage stabilizing circuit are determined, the output voltage is fixed, and the output current changes as the load increases or decreases;

b. The voltage regulator circuit is not afraid of the load open circuit, but it is forbidden to completely short the load.

c. Drive the LED with a voltage-stabilized driving circuit, and each string needs to be added with a suitable resistor to make each string of LEDs display brightness average; 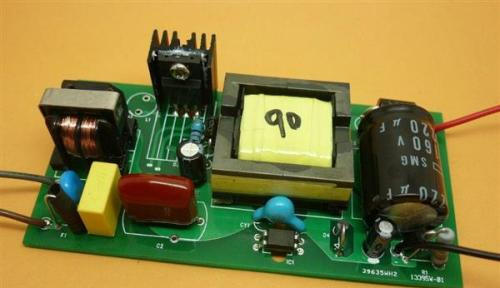 d. The brightness will be affected by the rectified voltage change.

1. The cost is relatively low.

2. Electromagnetic compatibility is easy to handle.

3. LED light source panels are easy to design and can be directly connected in parallel.

4. Overall efficiency can reach more than 90%

5. Wiring is easy, the light source board only needs 2 wires. 1. The consistency of the VF value of the LED is very high, otherwise the current will be unbalanced and thus damaged. 1. The VF consistency requirements for LEDs are not high, and the current is very average for each channel. LED work is more reliable.

1. The cost is relatively high.

2. Electromagnetic compatibility is not easy to handle.

4. Wiring is easy, the light source board only needs 2 wires.

4.4 Superior environmental adaptability. Such as working environment temperature -20-60 degrees lightning strike 4KV and so on.

4.5 Waterproof rating should be above IP66.

To solve the above requirements, the following problems should be solved.

b. Because the quasi-resonant plus synchronous rectification scheme can not be without electrolytic capacitors. Therefore, the design and component selection margin is relatively large, and the life expectancy is higher. At the same time, in order to meet the requirements of the working environment, the components used must be at least -20-105 degrees of temperature resistance.

c. In order to meet the requirements of electromagnetic compatibility and lightning strike at the input end, it is necessary to add lightning protection circuit and EMC filter circuit. Some high frequency places still need to be shielded.

d. The power supply is glued to meet the IP protection level.

LED power supply is also an accessory product. At present, the power quality of the market is uneven. According to the query of existing data and the problem of bad lights encountered in project execution, the reasons for the current shortage of LED driver power are analyzed.

a. The technical personnel of the company producing LED lighting and related products have insufficient understanding of the switching power supply, and the power supply can work normally, but some key evaluations and electromagnetic compatibility considerations are not enough, and there are certain hidden dangers.

c. At present, there are almost no standards for LEDs, most of which are based on the standards of switching power supplies and electronic rectifiers.

d. Most of the LED power supplies are not unified now, so most of them are relatively small. The purchase volume is small, the price is high, and the component suppliers are not very cooperative.