Divided into two categories of read-only and random access memory by function. The so-called read-only, literally means that it can only be read from the inside, and cannot be written in. It is similar to our book. After it is sent back to our hands, we can only read the contents and cannot change the contents of the book at will. The English abbreviation of read-only memory is ROM (READONLYMEMORY)

The so-called random access memory, which can be rewritten at any time, can also read out the data in it. It is similar to our blackboard. It can write at any time and can also be erased and rewritten with a blackboard eraser. The English abbreviation of random memory is RAM (READRANDOMMEMORY). The English abbreviations of these two types of memory must be kept in mind.

Note: The so-called read-only and random access refer to the normal working conditions, that is, when using this memory, not when manufacturing this chip. Otherwise, how does the data in the read-only memory come from? In fact, this principle is also well understood. The book cannot be changed in our hands. When it is still a raw material—white paper, of course, it can be printed by the printing house. It's printed. 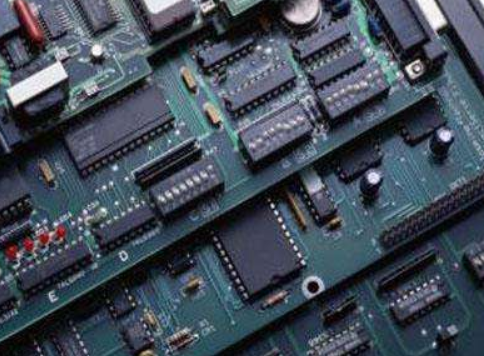 By the way explain a few other common concepts.

PROM is called programmable memory. This is like our exercise book. It is blank when you buy it, and you can write things up, but once you write it, you can't erase it, so it can only be written once. If you write it wrong, you will be reimbursed. (Now eliminated)

EPROM, known as ultraviolet erasable programmable read-only memory. After writing the content in it, if you are not satisfied, you can use a special method to remove it and rewrite it. This is to irradiate with ultraviolet rays. The ultraviolet rays are like "Zhiziling", which can remove the words and then rewrite them. Of course, the number of erasures is too high, so it will be lost, so the number of times that this chip can be erased is also limited-hundreds of times. (Now eliminated)

EEPROM, also known as E2PROM, is called electrically erasable programmable read-only memory. It is similar to EEPROM. It can be erased and rewritten. However, it is more convenient and does not require light. It can be erased by using electricity. It is convenient to delete or rewrite data, and it has a long life (tens of thousands to hundreds of thousands of times).

FLASH, called flash memory, is an improved product of EEPROM. Its biggest feature is that it must be erased by block (the size of each block is variable, different manufacturers have different specifications), while EEPROM is You can erase only one byte at a time. FLASH is now commonly used for mass storage, such as USB flash drives

Again, all writing here does not mean under normal working conditions. Regardless of whether it is PROM or EPROM, they must be written with special conditions. Generally, we use a device called a "programmer" to do this work. Once it is installed in its working position, it cannot be rewritten casually. Already.