Over the past few years, Intel's processor processing technology has remained at 14nm. Although after three generations of process optimization, the latest 14nm++ process performance has been improved by more than 70%, but for most players, Intel's recent CPU upgrades are like squeezing toothpaste.In this case, Intel has reason to rebut the fact that most of the changes in the second generation to the most powerful expandable processors were announced in early April.

The second generation of Cascade Lake is much more powerful than the first generation of skylake-sp architecture in terms of scalable processors. Although it still has 28 cores and 56 threads (single die version, double die package is 56 cores), AI performance has been improved by 30 times, and other aspects have been significantly improved.

Monk for second generation to today Intel's extensible processor performance test data, because it is products for the data center, so run the test and application of desktop processors are quite different, Intel's understanding of performance improvement with different players think, everyone can refer to Intel in such applications are under consideration. 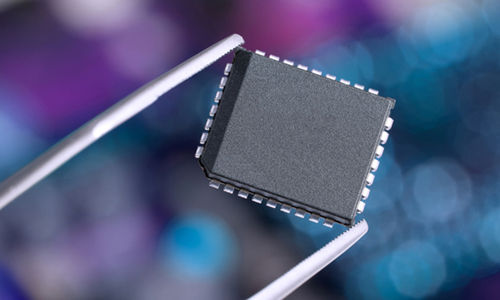 It is important to note that the second generation to strong extensible much the xeon processor platinum 9200 series, the flagship 9282 to 56 core by means of double chip packaging 112 threads, frequency is increased to 2.6 to 3.8 GHz, three-level cache also doubled to 77 MB, increased to four UPI bus and memory support to twelve channels DDR4-2933, the maximum capacity of 1.5 TB (standard), thermal design power of 400 w.

Also note that platinum 9200 series are not LGA independent packaging, but changed to BGA integrated packaging, direct OEM, will not be sold separately.

In terms of performance, the second-generation to strong scalable processor has significantly improved compared with the current to strong scalable processor. If the platinum 9200 series with 56 cores and 112 threads is compared with the previous generation flagship platinum 8180 with 28 cores and 56 threads, almost every performance is doubled and improved, and the performance of AI image recognition is 3.5 times of the existing products.

Of course, without crossover comparison, the same core number of platinum 8200 series still has a significant performance improvement compared to the current 8100 series, the same 28 core, platinum 8280 less improved by 6%, more improved by 120%.As for the gold medallist, the performance of the gold medallist increased by an average of 33% with more cores, thanks to Intel upgrades without a markup.

Compared with their own products, Intel also want to compare under the friends of the products, choose is AMD currently the strongest EPYC 7601 32-core 64 thread processor, from memory bandwidth, integer, floating point to database, JAVA and other performance tests, 56 core platinum 9200 series performance than EPYC less or higher than 40%, many times improved.

Of course, the biggest disparity is the performance of AI. The platinum 9200 series is 25 times more than EYPC 7601. Although AMD refuses to accept such comparison, EPYC does not support AI acceleration.

Not only performance is improved, Intel also stressed that the second generation to strong extensible processor TCO cheaper, they compared the xeon processor five years ago, the test shows that using the latest second-generation xeon extensible processor performance can reach 3.5 times that of the system of five years ago, at the same time saves 59% of the cost of TCO, because of that need to be 25 sets of xeon processor system now just six sets of similar performance, lower cost.

As to why you want to compare the system of five years ago, Intel executives explained in the r&d center of data center market is different from the consumer market, four to five years is normal upgrade cycle, contrast system convenient customer to select a new generation of five years ago to the advantage of strong, almost no customers is to upgrade to the first generation of strong extension processor before and then upgrade the second generation to strong extensible processor, are only a few years interval to upgrade.

It should be noted that during this period, Intel also introduced a variety of combination schemes, including the second generation to the strong scalable processor with its own proud memory, hard disk and other configurations, at this time the performance improvement will be more than the pure processor.As shown above, with Intel data center hard disk, 100Gbps 800 series network CARDS and other family barrel products, the performance of Intel second-generation to strong expandable processor under Windows Sever 2019 system is almost 26.8 times that of the system four years ago.

Of course, when it comes to AI, the performance will be greatly improved compared to the 2017 generation xeon expandable processor without comparing the system of 4-5 years ago. The performance of the 56-core xeon platinum 9282 processor can reach 30 times that of Skylake, which is not squeezing the toothpaste.