Intel is delaying plans to build a fab in Israel

Calcalist reported Monday, citing contractors who attended the meeting.The us technology giant Intel has met with engineering contractors to tell them it has delayed plans to build a new semiconductor factory in Israel. One of the contractors said they had been told the delay was six months to a year, but had not set a date for work to start.

In may, Intel confirmed plans to invest about $5 billion to expand its Kiryat Gat manufacturing facility in Israel, which was reported at the time to be in production by 2020 and to continue developing some of the most advanced computer chips. As part of its investment plan, Intel is expected to receive a 5% tax rebate through the end of 2027 and a government subsidy of 700 million shekels ($194 million).

Asked about the investment in the plant, Intel chief executive Bob swan, who was visiting Israel, said on Sunday that the company had decided to increase capacity at its three factories in Israel, the United States and Ireland to meet growing demand.

"That was our intention, and we submitted a business plan in December or January," he said, including Israel."Our goal is to expand our capacity and facilities in these three locations over time so that we don't limit customer growth.That hasn't changed." 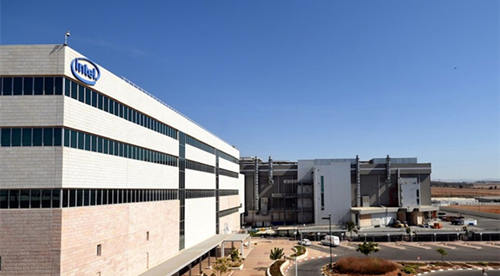 Asked about the Calcalist report, Intel said in a text message, "Intel is committed to Israel and continues to invest in it. Israel is one of Intel's global manufacturing and development centers, including our manufacturing facility in Kiryat Gat and the management headquarters of Mobileye in Jerusalem.

But the Calcalist document says Intel has not provided updates on new projects since it submitted a business plan to Israeli regulators in January."The statement went on to say that "each investment is made in stages and may change in response to changes in business, economic and other needs."

Swan launched an open innovation startup accelerator program in tel aviv on Sunday that will help develop early stage companies in key Israeli industries, including artificial intelligence, automated systems and other data-centric technologies.It added that it was not buying stakes in the start-ups at the moment but might eventually do so.

Intel is one of Israel's largest employers and exporters, and many of its new technologies are developed in Israel.This year, Intel said it would invest about $11 billion to expand its manufacturing operations there.

"Israel has a deep skill base in artificial intelligence, autonomous driving systems, and the underlying technologies that are critical to these changes," said Intel CEO Bob swan.

Intel's $15.3 billion acquisition of Mobileye, an Israeli self-driving car technology company, two years ago has given the company a significant boost in its position in self-driving cars, as well as a fit between the company's vision recognition chip business and Intel's core business.

"I have absolutely no regrets about the Mobileye acquisition," Mr Swan told reporters in tel aviv. Since the acquisition, Mobileye's penetration in the high-growth sector of self-driving cars has doubled, he added.

In April, Intel corp. reorganized all of its self-driving car development operations, laying off dozens of engineers at its silicon valley division, as Mobileye, a buddhist monk, became the centerpiece of its future self-driving car business.

Mobileye reportedly had more than 600 employees in Israel at the time of the acquisition, and has more than doubled its staff.