Home > Other > How industrial Ethernet switching chips are evolving?

Reliable and stable communication interconnection is the lifeblood of industrial automation. Considering the huge number of sensors and actuators in industrial equipment and the variety of systems and protocols in the industrial reality scenario, a series of traditional gateways are too many to count to transfer and convert the data of the whole process. Industrial automation must consider the requirements of IT systems for open data access and real-time control.

Network switching functions are usually implemented at the second MAC layer of Ethernet. Early Ethernet switching chips generally only had the MAC layer, and then the real Ethernet connection was achieved through the PHY physical layer chip located at the first Ethernet layer. With the development of technology and users' demand for simplification of system architecture, network switching chips that integrate the physical layer (PHY) and link layer (MAC) emerged and are widely used. 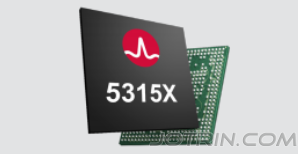 To ensure high data processing capability when working together, the internal logical path of the switch chip is extremely complex, and the industry-leading architecture of the major manufacturers will support multiple speeds of 100M/1GE/2.5GE and 10GE utilizing 2.5GbE/10GbE speeds to achieve high-speed uplink connectivity. The integrated switching chip CPU is also integrated directly into it to enable the design of cascade-mode enabled. Single CPU-managed switching platforms without adding external processors.

In data center scenarios and deep learning network applications, the switch chips will be more integrated, such as the StrataXGS series with the highest integration and largest bandwidth on the market, with a single integrated chip capable of scaling from gigabits to trillions of bits.

Industrial communication protocols must be known; support for multiprotocol switch chips in industrial applications is undoubtedly more popular, which saves a lot of design trouble. ADI's FIDO5100 and FIDO5200, two multiprotocol support switch chips, are through personalized settings, the host processor downloads the firmware to support the required protocols, and the firmware is included in the real-time Ethernet multi-protocol switch driver, which is downloaded at power-up.

The never-ending need for efficient data transfer and real-time

Regardless of the development trend, the switch chip's need for efficient transmission and lower latency has never changed. Especially in industrial applications, transport control has a very demanding real-time requirement. The FIDO series mentioned above uses a Timer Control Unit TCU to implement synchronization mechanisms for various industrial Ethernet protocols, supporting EtherCAT cycle times as low as 12.5μs and PROFINET cycle times as low as 31.25μs.

As networks move from traditional fieldbuses and 4mA to 20mA connections to Industrial Ethernet, many challenges arise in the design and implementation phases of network connectivity, and this has contributed to the upgrade of Ethernet switching chips, with powerful and flexible switching chips bringing industrial applications one step closer to the ideal Industrial Ethernet connection.

Previous: What is the ripple and noise of the power supply?

Next: Temperature measurement and circuit protection application of NTC