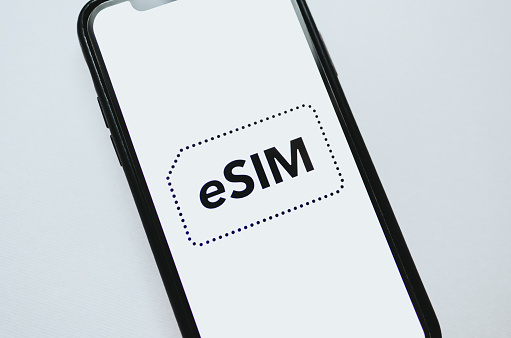 Connectivity is a simple word for something that is often anything but simple. In the expanding "Internet of Things" (IoT) space, it is the key to thousands of wearable devices, automobiles, and logistics solution concepts. For system builders, the choice of connectivity technology will significantly impact availability, reliability, user experience, and the success of the final solution. Low Power Wide Area Network (LPWAN) technology offers a wide range of solutions, from short-range indoor to nationwide solutions, albeit with limitations. However, under the umbrella of the Third Generation Partnership Project (3GPP), cellular wireless provides truly global connectivity.

Narrowband IoT (NB-IoT) was specified in 3GPP Release 13. At the same time, LTE-M was defined in Release 12, with Mobile Network Operator (MNO) support rollout to provide low-power global connectivity for IoT solution developers. 5G also addresses IoT needs with massive connectivity as one of its three core focus areas, as well as high bandwidth and ultra-reliable low latency communications. In summary, the importance of cellular for IoT connectivity is clear, with billions of cellular-connected IoT devices expected to be deployed in the coming years.

For decades, inserting a subscriber identification module (SIM) into a shiny new phone has been a rite of passage to connectivity. However, since its introduction in 1991, it has struggled to keep up with the ever-shrinking size of phones, and the 4FF format seems to have exhausted the most advanced features available. While SIM cards are occasionally a tricky challenge for consumers, they are a multi-pronged problem for manufacturers of IoT products. If users can change SIM cards, keeping dust and moisture out of products designed for outdoor use becomes more challenging. In addition, IoT devices with cellular contracts require multiple stock-keeping unit (SKU) numbers, even though the only difference between products is the SIM card from the mobile network operator.

Further issues arise that affect both suppliers and consumers. Let's look at an example of tracking cameras, which are popular for monitoring wildlife and farm herds, many of which offer pre-packaged cellular connections. The potential purchaser knows which MNO provider offers the best coverage in the area where the camera is being used. If the camera with the desired MNO is unavailable, they will choose a substitute, resulting in a failed sale. Suppliers are caught in the middle, trying to manage inventory and demand based on factors beyond their control.

The physical handling of SIMs during manufacturing is also difficult to automate, which adds to the cost. In addition, if a camera crosses a border, such as from the United States into Mexico or Canada, it can lose functionality or incur high roaming charges, as in the story of the steppe eagle tracked by Russian scientists.

A new approach is needed to address the SIM challenge. The removable plastic SIM originated when cellular meant voice, and voice meant human communication. Since then, cellular technology has advanced significantly, making it possible to "reprogram" the SIM over the cellular network to achieve the same results as replacing the SIM. The embedded SIM or eSIM combines silicon technology and the standards supported by the MNO cellular network.

The GSM Association (GSMA) has developed a specification called Remote SIM Configuration (RSP), which defines how MNOs can use an over-the-air (OTA) process to update the subscription data stored in the eSIM. For consumers, this means that cellular contracts can be changed by scanning a QR code rather than physically exchanging plastic SIMs. For IoT device providers, the new subscription data can be propagated to all connected devices with the push of a button.

On the device side, the old SIM and connector are replaced by an eSIM solution soldered to the IoT device's board during the manufacturing process. Since security is embedded in the device, there is no need for a dedicated secure programming facility or data server. Motorola Razr phones were among the first to abandon plastic SIM cards, while wearable devices such as smartwatches adopted them out of necessity. While the largest M2M/IOT user of eSIM products today is the automotive industry, which uses them to support various connected services, much of the growth in eSIMs will come from non-automotive applications.

Despite its small size and pin count, the eSIM is a highly secure computing platform. Devices such as Infineon's OPTIGA™ Connect IoT OC2321 are based on a secure controller; in this case, the 32-bit ARM® SecurCore® SC300™. It runs at 44 MHz with 1 MB Flash and 32 KB SRAM, is fully compliant with the GSMA SGP.02 remote configuration architecture and has space for up to 10 MNO profiles. A miniature VQFN-8-4 package measuring only 5 × 6 × 0.9 mm, requires less than 30% of the circuit board area of the plastic nano-SIM (Figure 2). With an industrial operating range of -40 °C to +105 °C, it is also well suited for IoT applications in extreme operating environments, including remote maintenance access for wind turbines, asset tracking, and vehicle charging points.

This turnkey eSIM approach means IoT manufacturers can offer their products in a single SKU globally while simplifying subscription and cost management with a single provider. In addition, subscribers benefit from their dedicated infrastructure hosting and uptime, coupled with state-of-the-art network security, allowing manufacturers to focus on IoT product functionality and product differentiation. Using OTA updates, additional roaming partners can be provided for IoT deployments to take advantage of lower data costs.

One of the challenges IoT device manufacturers face is finding the MNO that offers the best balance of coverage, cost, and service across the deployment area. Devices using one MNO profile can incur high data costs in multiple countries/regions, although IoT manufacturers can access local MNOs with lower costs. The OC2321 solves this problem thanks to a pre-loaded bootstrap profile that works globally with the Tata CommunicaTIon MOVE™ Global IoT solution. Tata targets IoT and M2M connectivity with over 900 MNOs in over 230 regions. This provides significant negotiating leverage for contracts, enabling them to offer highly competitive connectivity packages beyond individual companies' grasp.

While eSIMs may be slightly more expensive than plastic SIMs, the system cost savings make up the difference. Sim-installed SIM trays and handling costs are completely reduced. Lost sales due to lack of product availability for preferred MNOs are a thing of the past. The simplification of inventory also results in cost savings. In addition, IoT device providers can offer users more customizable data packages and connectivity options, allowing them to differentiate themselves from their competitors and not be limited by working with a single MNO.

From the days when cellular connectivity meant human voice connectivity, the plastic SIM card was a technology in decline. With billions of IoT nodes added each year, it's time to switch from cumbersome plastic SIMs to eSIMs, a solution that meets 21st-century connectivity and configuration expectations. eSIMs offer significant space savings and ease of handling during manufacturing, solving challenges for manufacturers of IoT products.