Design of interface conversion card based on AT91RM9200 processor 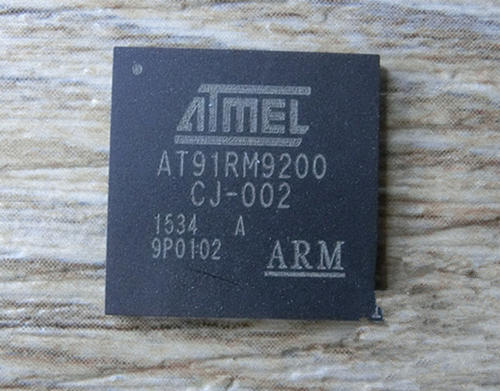 The Linux operating system is the “kernel” of an operating system that can run on different types of computers. It provides the core of the software that provides command lines or interfaces between programs and computer hardware. The embedded Linux system is divided into 4 levels from a software perspective, namely boot loader (Boot Loader), kernel, file system and user program.

Boot Loader is a small program that runs before the operating system kernel runs. Through this small program, you can initialize the hardware device and establish a map of the memory space, so as to bring the system's hardware and software environment to a suitable state, so as to prepare the correct environment for the final call to the operating system kernel.

In this scheme, the Linux kernel uses the Linux2.6.16 kernel. Because this solution needs to access the U disk, the kernel must support the U disk module, including SCSI support, SCSI disk support, USB mass STorage support, VFAT (windows95) support, MSDOS partiTION tables, etc. The USB device port can communicate with the USB host in three ways: some of the most complete and complex devices, using user-defined kernel modules to run complex high-level protocols on the standard USB bus, driven by the corresponding user on the USB host Programs and applications to complete the connection; other USB devices based on Linux systems use the USB bus to achieve a simple point-to-point serial connection between the device and the host, the application on the host actually uses the main operating system to provide USB programming interface, but the implementation is a serial communication protocol; the last one is the device uses the host computer as a gateway, the USB device is connected to the office LAN or the Internet, so that the USB device constitutes an analog Ethernet interface. This solution adopts the last method and configures the USB RNDIS gadget module in the kernel. The module uses the USB interface as a physical medium to simulate a fictitious Ethernet device.

The file system is the link between the user-mode process and the kernel-mode process. Making a file system with specific functions is an indispensable part of transplanting an embedded system. This solution uses the Busybox software toolkit to construct the EXT2 file system. This software package integrates common Linux commands, which can be cut down according to requirements, which greatly facilitates the development of embedded systems. [page]

The conversion of data between multiple interfaces is mainly implemented in user-mode applications. The main function of this application is data exchange between two USB master ports (one connected to USB instrument and one connected to U disk), one USB slave port, GPIB port and network port. The program automatically detects whether the interface is in a connected state: if it is, it monitors whether there is data to be transmitted, and passes the monitored data to other interfaces in a connected state.

The functions of each subprocess are as follows:

Child process 2: USB main port 1 is dedicated to the USB port of the USB device;

Subprocess 5: Prepare an interrupt routine for the GPIB port in the Linux operating system. When the GPIB port has an action, it will first generate an interrupt, and the application immediately jumps to the interrupt processing to execute the program-related operations.

Because the analysis of the interface bus protocol is completed in the Linux driver, the data transmission between the subprocesses directly represents the communication of the interface bus. The child process creates its own dedicated pipeline FIFO to complete the data exchange between processes.

In the entire application, the data forwarding of each port utilizes the data communication technology between Linux processes. Each port is set with a certain size of data buffer, so that data can be sent continuously without being affected by the speed of the peripheral controller, the received data is reliable, and the possibility of erroneous reception and erroneous judgment is reduced as much as possible.

This article introduces a hardware and software design of an interface conversion card based on the AT91RM9200 platform and embedded Linux, which implements data communication between USB, GPIB and the network. This conversion card has a wide range of practical applications, such as PC remote control of USB devices through the network or GPIB host to control USB devices and so on. At present, this solution has been successfully applied to the expansion of the interface of the oscilloscope. Facts have proved that this solution can provide help for building an automatic test system with a large number of interface buses, and has achieved good results.

Next: What are the types of chip packaging