A current sensor is a detection device that can feel the information of the measured current, and can transform the detected and felt information into electrical signals that meet certain standards or other required forms of information output according to certain rules to meet Information transmission, processing, storage, display, recording and control requirements.

Current sensors, also known as magnetic sensors, can be used in household appliances, smart grids, electric vehicles, wind power generation, etc. Many magnetic sensors are used in our lives, such as computer hard drives, compasses, household appliances and so on. It is a detection device that can feel the information of the measured current, and can transform the sensed information into an electrical signal that meets certain standards or other required forms of information output according to certain rules to meet the transmission of information , Processing, storage, display, recording and control requirements. Mainly can be divided into: shunt, electromagnetic current transformer, electronic current transformer, etc.

1. The resistance shunt is used to measure direct current.

It is made according to the principle that a voltage is generated across the resistor when the direct current passes through the resistor. The advantage of resistive shunt is high precision, corresponding speed and low cost; but the disadvantage is that the measuring circuit is not electrically isolated from the measured current. Resistive shunts are suitable for low frequency and small amplitude current measurement.

It is made according to the principle of Hall effect, applying Ampere's law, that is, a magnetic field proportional to the current is generated around the current-carrying conductor, and the Hall device is used to measure this magnetic field. Therefore, non-contact measurement of current is possible. The Hall current sensor can measure both DC and AC, with a frequency of up to 100KHz, high accuracy and good isolation; its disadvantage is that the impact speed is slow, and the small current test accuracy is low. It can be used in AC and DC tests with DC-100KHz. 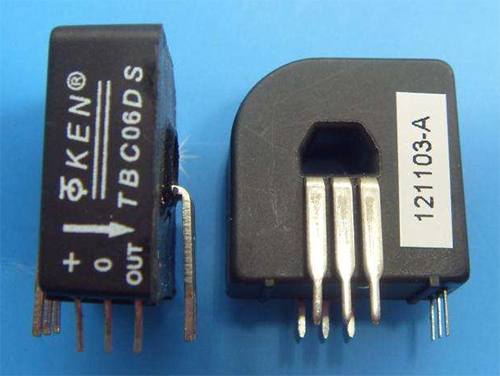 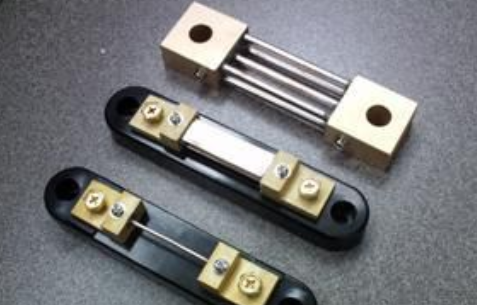 Figure 1. Detection of high-current shunt is composed of one or more conductors

When the current transformer is running, no open circuit on the secondary side is allowed. Because once the circuit is opened, the primary side current becomes the excitation current, so that the magnetic flux and secondary side voltage greatly exceed the normal value and endanger the safety of people and equipment. Therefore, it is not allowed to connect a fuse in the secondary circuit of the current transformer, and it is also not allowed to remove the ammeter, relay and other equipment without bypass during operation.

The principle of a voltage transformer is similar to that of a transformer. The primary winding (high-voltage winding) and the secondary winding (low-voltage winding) are wound on the same iron core, and the magnetic flux in the iron core is. According to the law of electromagnetic induction, the relationship between the voltage U (or electromotive force E) of the winding, the number of turns N of the winding, and the magnetic flux is: U1=-N1dφ/dt, U2=-N2dφ/dt. And then get: U1/U2=N1/N2. In the case of negligible no-load current, I1/I2=-N2/N1, so the power of the primary and secondary windings of an ideal transformer is equal to P1=P2. It shows that the ideal transformer itself has no power loss. 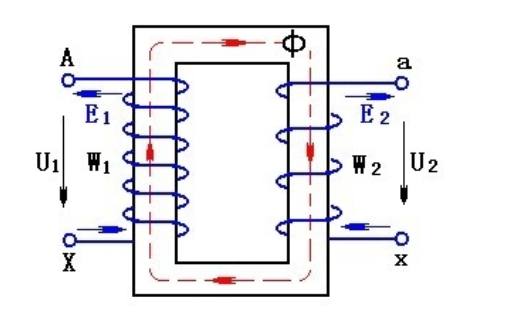 According to different uses, current transformers can be roughly divided into two categories:

Provide current information of the power grid to measuring and metering devices within the normal working current range.

When measuring the large current of the alternating current, it needs to be converted into a relatively uniform current for the convenience of the secondary meter measurement (China stipulates that the secondary rating of the current transformer is 5A or 1A). Usually there are only 1 to a few turns on the primary side, and the wire has a large cross-sectional area, which is connected to the circuit under test in series. The secondary side has a large number of turns and a thin wire, which forms a closed circuit with a meter with a small impedance (current coil of the ammeter/power meter). During normal operation, the secondary side of the transformer is in an approximate short-circuit state and the output voltage is very low. During operation, if the secondary winding is open or the primary winding flows through abnormal currents (such as lightning current, resonance overcurrent, capacitor charging current, inductor starting current, etc.), overvoltages of thousands or even tens of thousands of volts will be generated on the secondary side .

The essence of the Hall effect is that when the carriers in the solid material move in an external magnetic field, they are affected by the Lorentz force and the trajectory is shifted, and charges are accumulated on both sides of the material, forming a vertical direction to the current. The electric field finally balances the Lorentz force received by the carriers with the repulsion of the electric field, thereby establishing a stable potential difference, or Hall voltage, on both sides.

From an application point of view, the current transformer and the Hall sensor are the same in that they both need a coil to generate a magnetic field. One of the differences is that the transformer requires a changing magnetic field, while the Hall sensor can be a constant magnetic field. Therefore, the former can only be used for AC testing, while the latter can be used for AC and DC testing. The second difference is that the transformer has an iron core, while the Hall sensor does not have an iron core. The former is non-linear in terms of frequency, and the latter is linear. Therefore, the former applies to a narrow frequency band and is generally used for fixed frequency bands (such as 45~66Hz), the latter has a wider frequency band. The third difference is that more transformers are used for electric energy measurement, and the phase index is an important index for measuring transformers. However, Hall sensors are mostly used for control or simple voltage and current independent testing, and generally do not control the phase index or provide the phase index (such as the phase error index of 50 Hz).