Analysis of various types and working principles of acceleration sensors

For most engineering applications, choosing the right test tool will have a big impact on test results. This article will help readers choose the correct acceleration sensor. Let's start with the classification and principle of sensors. 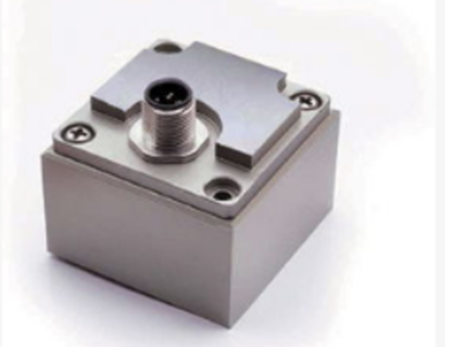 Many vibration studies require information on acceleration, velocity, and displacement. These are important information that engineers need to design and verify structures. Generally speaking, acceleration provides a good reference, while speed and displacement are the variables needed for calculation. In order to calculate the speed and displacement from the acceleration, the acceleration signal output from the sensor is digitally or analogically integrated once and twice. This can cause problems with AC-coupled sensors. To demonstrate this problem, consider using an AC sensor to measure a wide-pulse half-sine wave signal. Due to the limitation of the inherent AC RC time constant, the output of the sensor does not match the input pulse well. For the same reason, at the end of the pulse, the sensor output will produce a negative zero offset.

This seemingly small difference in magnitude will produce significant errors after integration. DC-responsive acceleration sensors do not have this problem, because their output can accurately follow slowly changing inputs. In practical daily applications, the input signal may not be a simple half-sine pulse, but such problems always exist when testing any slowly changing signal with an AC-coupled sensor.

The main piezoelectric acceleration sensor uses zirconate titanate ceramics, which has a wide operating temperature range, a wide dynamic range, and a wide frequency range (available frequency> 10kHz). The charge output type acceleration sensor encapsulates a piezoelectric ceramic in a gas-tight metal case. Due to its ability to withstand harsh environments, it has very good durability. Due to its high impedance, the sensor needs to be used with a charge amplifier and a low noise shielded cable, preferably a coaxial cable. A low-noise cable is one that has low triboelectric noise2, which is a kind of noise from the cable itself caused by motion. Many sensor manufacturers also provide such low-noise cables. The charge amplifier is connected to a charge output type acceleration sensor, which can eliminate the influence of the cable capacitance and the sensor capacitance in parallel. With an advanced charge amplifier, the charge output acceleration sensor can easily achieve a wide dynamic response ("0dB"). Because piezoelectric ceramics have a wide operating temperature range, some sensors can be used in temperatures from -200 ° C to + 400 ° C, even at wider temperatures. They are particularly suitable for vibration testing at extreme temperatures, such as the monitoring of turbine engines.

Another type of piezoelectric acceleration sensor outputs a voltage signal instead of a charge signal. This sensor contains a charge amplifier inside. Voltage mode sensors are available in 3-wire (signal, ground, power) and 2-wire (signal / power, ground). The 2-wire type is also called an integrated circuit piezoelectric sensor (IEPE). IEPE is very popular because it can be easily connected using coaxial wires (2 wires, core wires and shielded wires). In this mode, the AC signal is superimposed on the DC power supply. A coupling capacitor in series at the output can remove the DC bias voltage of the sensor, so that only the sensor signal output is obtained. Many modern instruments provide an IEPE / ICP3 input interface so they can be directly connected to IEPE sensors. If the IEPE power supply interface is not available, a signal amplifier with a constant current source and an IEPE sensor are required for the first phase. A 3-wire sensor requires a separate DC power cord.

Different from the charge output type acceleration sensor, in addition to the piezoelectric ceramic element, the voltage output type acceleration sensor contains a miniature circuit. The operating temperature range of the circuit limits the overall operating temperature range of the sensor, which usually does not exceed 5 ° C. There are also designs that have increased to 175 ° C, but their performance has decreased in other aspects.

Available dynamic range-Due to the extremely wide dynamic range of the piezoelectric ceramic element, the charge output type acceleration sensor appears very flexible in the definition of the range, because its full range can be freely adjusted by the user through a remote charge amplifier. The voltage output type acceleration sensor has a predetermined full range, which is determined by the internal charge amplifier. Once produced by the factory, it can no longer be changed.

Piezoelectric acceleration sensors can be made into small packages, so they are suitable for dynamic testing of light structures.

Capacitive sensors (variation in acceleration due to changes in capacitance caused by the detection mass) are the most commonly used acceleration sensors today. There are no alternatives in some areas, such as airbags, mobile devices, etc. The high output makes these sensors inexpensive. However, this low-cost sensor is subject to a lower signal-to-noise ratio and limited dynamic range. All capacitive acceleration sensors have an internal clock. This clock (~ 500kHz) is an indispensable part of the detection circuit. Leaks often interfere with the output signal. The frequency of this noise is much higher than the frequency of the measurement signal, and generally does not affect the measurement result, but it always superimposes with the test signal. Due to the built-in amplifier chip, it generally has a 3-wire (or 4-wire differential output) interface. It works as long as it has DC power.

Capacitive acceleration sensors are usually suitable for on-board testing, and the low cost is one reason. For low frequency motion testing, acceleration is generally low, and they are an ideal choice. For example, vibration testing in civil engineering.