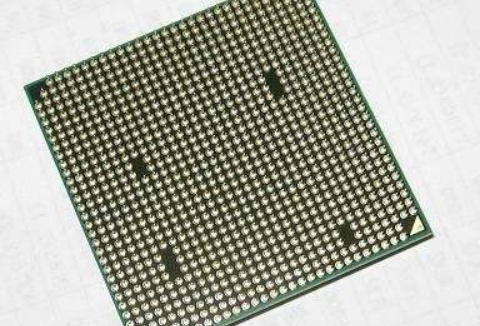 This year is the 50th anniversary of the birth of AMD. At this moment, AMD leads the industry in performance and technology for the first time. However, behind the success, AMD has also made great efforts and time.

The classic original Athlon was born

On June 23, 1999, AMD officially released the Athlon processor, which we call asron (velociraptor), using a 0.25 micron process (250 nanometers) with a 500MHz main frequency.At that time, the Athlon processor had already led the CPU performance list, but the market share was still far behind, and the first generation of Athlon processors had problems with high heat and low overclocked potential due to technical problems.

In 2000, AMD released for the first time in human history the Athlon 1000 processor with a 1Ghz CPU, which was manufactured in a 0.18 micron process.The new process gives more room to upgrade CPU frequencies, and the performance gains from high primary frequencies are evident.

In addition, this year AMD released Druon, a Druon processor for the entry market, which differs from Velcro only in its secondary cache and has a pencil-sized backdoor that allows the Velcro to transform itself into Velcro, a popular drink at the time.

After Microsoft released WINDOWS XP AMD advantage of the characteristics of its production line performance is strong introduced based on the 0.13 micron technology Palomino, Thoroughbred, Thorton, Barton, such as the core, and unified naming AthlonXP, which said Barton Barton core was a brilliant success, and Barton core AthlonXP 2500 + NFORCE2 with a combination of the classical collocation.

In that era, the K7N2 series mainboard launched by microstar has been famous, big brand electrolytic capacitor, rich interface to ensure that the mainboard has enough durability and expansion capacity, as for the AGP8X and PCI, IDE natural.

AMD then released the first desktop 64-bit CPU, the Athlon64, code-named K8, which was one of the top single-core processors on the desktop at the time.The waterline brings strong game performance.AMD also released the Venice core Athlon64 processor based on a 90-nanometer process, of which 3000+ is the classic model and has been a hot seller for two years.

It is worth mentioning that in this generation of processors AMD launched for the entry 754 interface and the high-end 939 interface, the main difference is that the 754 is a single channel memory, 939 is a dual channel memory.AMD also introduced a new CPU on the 754 platform called Sempron dragon during this period.

NF4 with AMD veltosaurus 64 is a very popular combination, dual channel memory and 64-bit processor combination is not only strong performance, and this is a very good expansion ability.Above is microstar K8N neo4-f motherboard, which provides 4 SATA ports, IDE, pci-e, USB2.0 complete equipment, is one of the hottest NF4 motherboard.

After entering the dual-core era, AMD launched the Athlon64 x2 processor based on the native dual-core design, which greatly improved the performance under the condition of unchanged architecture, and the computing efficiency was also very good.The processor had two platforms, the 939 and the 940. The 940 became the main platform and gradually evolved into the later AM2 and AM3 interfaces.The Athlon64 x2 5000+ became the classic CPU of the year.

With the well-known reasons, AMD began to power multi-core processors, and successively introduced the Athlon64 IIx3 CPU, and the main three over the dual core concept.At the same time, AMD also accelerated the development of the K10 architecture, and the finished product was the Phenom yilong series processor. The improved K10 architecture pushed AMD's single-core performance to a new high.

The 870A Fuzion Power Edition motherboard is also the flagship model of the year. It USES 10-phase Drmos+ tantalum capacitor for Power supply and supports USB 3.0 interface in advance, making it a good partner of yilong 2.

The road of innovation

After entering the second decade of the 21st century, bulldozers series AMD processors, this generation processor core structure, main module much more AMD advanced idea that integer is more important than floating point, but in that era multicore applications than as so many now, cause the bulldozer processor didn't play a proper performance, to say the bulldozer is not a successful CPU, but by sharp dragon in the advanced concept of bulldozers, and carry on today's sharp dragon.

Next: The working principle of light sensor is analyzed