AMD will release the second-generation EPYC Opteron processor based on the new 7nm technology and Zen 2 new architecture, which will continue to impact the server and the central market. It will also be more irritating to Intel than the consumer-grade Ruilong. After all, the server The market has always been the absolute domain of Intel, and the market size and value are much larger.

Recently, Forrest Norrod, senior vice president of AMD, general manager of the data center and embedded solutions division, was interviewed by the media and revealed many interesting new materials. 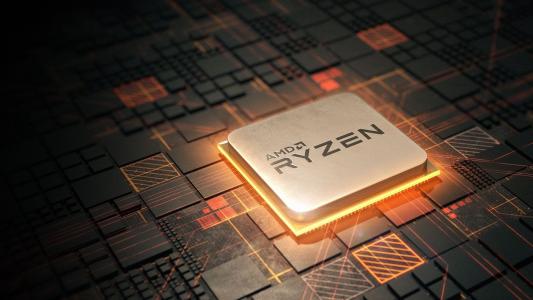 The AMD Opteron processors are all codenamed Italian cities. The first generation is "Naples" (Naples), and the second generation to be released is "Rome" (Rome). The third generation will be seen in the next 2020. Milan" (Milan), the technology surpasses 7nm, the architecture evolves to Zen 3, the fourth generation is "Genoa" (Genoa), Zen 4 architecture, and the far future is Zen 5.

Mercury's data shows that AMD's share of the server market is 2%, but Norrod pointed out that Mercury's data contains too many embedded markets, and according to IDC's more accurate statistics, AMD's server market share is actually 2018. In the fourth quarter of the year, it increased to around 5%. Norrod suggested that it is expected that in the next four to six quarters, that is, the end of this year, the slower next year (the third generation will be released soon), AMD's share of the server market will double, breaking 10%!

Like Ruilong, Xiaolong also continues the SP3 package interface, which remains compatible for one or two generations, and the next DDR5 memory era will be a different design, requiring a new interface, the Genoa of the Zen 4 architecture. According to this calculation, the AM4 interface will indeed be used on the desktop until 2020, and then to the fifth generation of the Dragon 4 (Zen 4) in 2021, it will be a new interface.

Norrod also mentioned AMD, Cray's new supercomputer Frontier for the US Department of Energy, based on AMD Opteron processor, Radeon InsTInct computing card, performance is expected to reach 150 billion floating point performance, is expected to become the world's first. He said that the supercomputer uses a customized AMD Opteron processor, but it is not only simple to adjust the core, frequency, cache, thermal design power, but real customization, completely different from the products on the market. The chip, AMD data center team completed with the semi-custom business team.