Home > Other > A method to improve the ability of MCU drive

A method to improve the ability of MCU drive

A method to improve the ability of MCU drive

Microcontroller GPIO port drive capacity is limited, can not directly drive a higher power load, if the load power is large must consider the way of driving power devices, such as transistor, MOS tube and other special driver chip.The following combination of a few typical examples to introduce how to improve the drive ability of SCM.

Use triode to improve drive capability

How to improve the drive capability depends on the controlled load.For example, buzzer, relay this type of load, generally through the transistor to drive, MCU control transistor.Take the universal relay as an example, if the coil of the 5V relay needs the working current of 80mA, it can't be directly driven by the single chip microcomputer, and the transistor is a good choice.

The single-chip microcomputer is connected with the base of the audion. Only high and low level signals are needed to realize the drive of the relay. The driving current is provided by VCC and the circuit is provided by the audion.The purpose of driving high power load is realized. 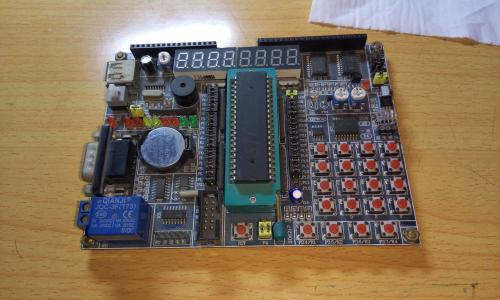 This kind of more typical application is water lamp or dot matrix LED screen.The number of GPIO ports and driving capacity of MCU are both limited, which needs to be realized through the expansion of IC. Such commonly used IC includes 74HC595, 74HC164, 74HC138 and so on.

Microcontroller output driver drive is divided into high level and low level driver two ways, the so-called high level driver, is the port output drive ability, high levels of so-called low level driver, driving ability, is the port output low levels when MCU output high electricity at ordinary times, the ability to drive is actually port on resistance to drive, the actual test showed that 51 MCU pull-up resistors value at about 330 k, that is to say, if the high level driver, is essentially a pull up resistor of 330 k to provide current and, of course, the current is very small, small even light-emitting diodes (leds) are difficult to light,If you want to ensure the normal order of the LED light, we must pull up resistors of external about a 1 k, if it is a LED also good, if 10, 20 LED to 10, 20 pull up resistors of 1 k, meet resistance itself is ok, the problem is take the pull-up resistors, whenever port into a low level 0, then 10, 20 pull-up resistors are useless conduction, assuming that each resistance of current for 5 ma calculation, 20 resistance is 100 ma, this will cause the loss of power efficiency of serious, cause fever, ripple, that caused by single chip microcomputer work instability,Therefore, there are very few high level direct drive led, high level drive led is actually common Yin. 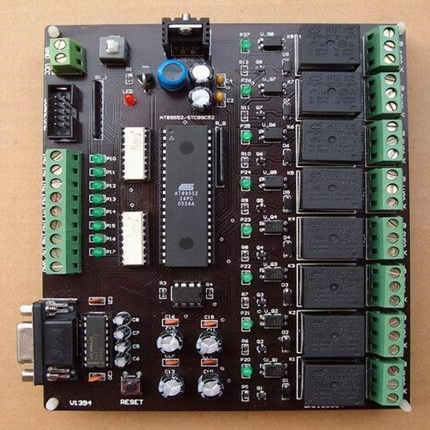 Low level driver is different, the port is low level 0, port internal switch tube conduction, can drive up to more than 30 ma drive current, the led light can be directly driven load, when the port is low level 0, while the internal pull-up resistor is current consumption, but due to the internal pull-up resistor is very big, there are 330 k, so minimal consumption current, basically does not affect the efficiency of power supply, not cause a lot of busywork consumes.