According to foreign media reports, autonomous vehicles are expected to become a subversive technology that will revolutionize many aspects of society. Although the technical details of some autopilot prototypes have been revealed in the news, it is still mysterious about what autopilots can do and what they can't do. It's no surprise that when misinformation is concerned, many misunderstandings about autonomous vehicles begin to spread. Here, we will introduce the truth about self-driving cars...

In fact, in many ways, autonomous vehicles are safer than traditional cars. This misunderstanding was circulated in 2015, when several reporters from Wired magazine conducted an experiment in which a traditional, non-automatic Jeep Cherokee (with networking technology) could be remotely controlled by a hacker, even Was "driven" by hackers for a while. However, the experiment was conducted in 2015, and now it is 2019, and technology has been improving. Moreover, even the earliest autonomous driving system was basically safe when first announced to the public.

In fact, autonomous vehicles are more resistant to hacking than traditional cars. Although there are many entry points for intruding autonomous vehicles, the complex interconnection between multiple sensors and communication layers of self-driving cars can make cyber attacks more difficult, especially in such sensors and smart roads. Other technologies are integrated together. In addition, there are many unique solutions to solve the problem that autonomous vehicles may be hacked, and even such solutions may come from other industries, such as the deployment of security technology used to protect Israeli jet fighters by Israeli network security company GuardKnox. To protect the safety of cars, buses and other vehicles throughout the fleet. 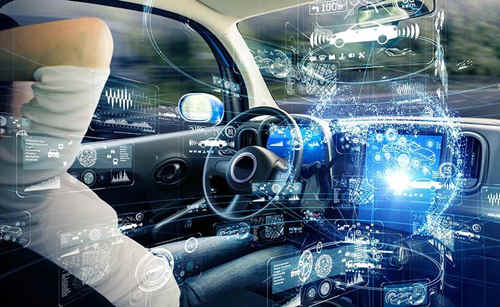 Misunderstanding 2: Self-driving cars will never become a reality, because many people enjoy driving.

In fact, when autonomous vehicles get a large-scale application, it will not end the driving pleasure. No car manufacturer will confiscate the car key or prevent the owner from driving the car. After all, automatic driving is not to let a physical robot sit on the driver's seat and hold the steering wheel. The owner can drive the car himself or by artificial intelligence (AI).

At present, the main content of autonomous vehicle research is not moral predicament and life-and-death choices, but to prevent or avoid the occurrence of artificial intelligence (automatic driving) must make such a decision. However, if most of the cars on the road are self-driving cars, it will be safer. Although it is difficult to conclude that a single self-driving car must be safer than a human-powered car, if the technology becomes a global technology, the overall risk of a traffic accident is bound to decline.

Compared with humans, machines are obviously less prone to "human error." So far, 16 crashes in Google's self-driving cars (over 2 million kilometers) have been caused by human causes. In any case, automated driving complements human deficiencies in all areas of improvement such as driving fatigue and driving distraction.

Misunderstanding 4: Because autonomous cars cost a lot, the poor can't have them.

Although the cost of self-driving cars is indeed higher than that of traditional cars, with the development of technology, the concept of "having a car" will also change. First of all, most self-driving cars will be used in commercial fleets (at least in the early stages), which means that when autonomous vehicles finally enter the consumer market, their technology is likely to have been enhanced and improved, so the price will Obvious reduction.

The second reason is that the concept of "car ownership" will change dramatically. Today, people need to own a car, because if no one is driving a car, the car can't drive. In fact, most of the time the car is parked on the street or in the garage. Once the car is able to drive automatically, sharing car ownership or subscribing to autonomous car models will become more popular and cheaper.

Misunderstanding 5: Auto-driving cars are the same as ordinary cars, but there is no driver.

No, these two types of cars are completely different. Traditional cars are built around the driver, and because the autonomous car does not require a driver, the design will be different. The interior design of the self-driving car focuses on passenger comfort and maximizes the utilization of the interior space by removing unnecessary components such as pedals, transmission controls and steering wheels. Moreover, the exterior design of the self-driving car does not need to be oriented in a specific direction, and can be designed in a circular or box shape, and the seat can be placed in all directions.

Because many people may occasionally want to drive a car, not every self-driving car will look like a flying egg. For many cars, autonomous driving is just an option. However, in order to adapt to driving environment technologies such as smart roads, the design of autonomous vehicles may still be somewhat different.

Misunderstanding 6: As long as the intelligent automatic driving software is successfully designed, you can see the self-driving car on the road.

In fact, first the city needs to make changes to adapt to autonomous vehicles. Equipment such as smart streets, smart utility poles, and street sensors need to be installed to drive a car. The city needs to change, and it is likely to get better, because the number of cars needed in the future will be less (car sharing, subscription to use cars), and many spaces for parking and garages can be redesigned into parks and for walks. place.

Misunderstanding 7: Self-driving cars have always been a particularly expensive technology.

Because the future of autonomous vehicles is still a mystery, we must keep a clear head on the "truth" claimed in any source.