5G vs. Wi-Fi 7: Faster Internet of the Future

The Internet of Everything is accelerating, and with the impact of COVID-19, there has been a significant shift in the way people work and live, and the demand for high-performance wireless connectivity is growing at an unprecedented rate. Demanding applications, such as faster broadband Internet access, higher resolution video streaming and VR gaming, are driving demand for 5G and Wi-Fi 7. Based on spectrum aggregation, 5G is already capable of peak rates of up to 10 Gbps. 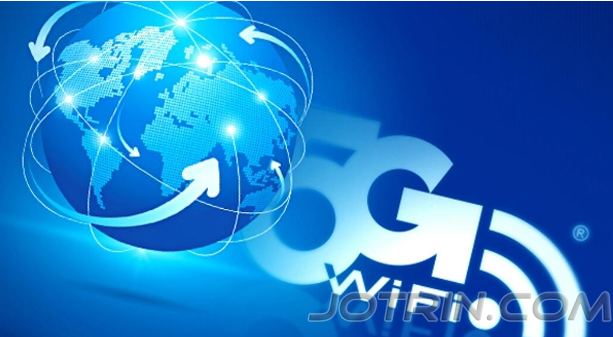 From the metaverse to the Internet of Things to the automobile, state-of-the-art 5G and Wi-Fi connectivity are the technological tools to realize the industry's potential. Take XR, for example, which has a high demand for high-speed and low latency transmission.

The metaverse industry is in the early investment stage. With a 10-year perspective, it is expected that the metaverse value chain such as gaming, social, and business will occupy 15% to 20% of the technology industry; XR metaverse hardware terminals such as VR, AR, and MR, technology bearers of 5G, 6G, Wi-Fi 6E, and Wi-Fi 7, and AI data center high-speed computing chips are all key infrastructure to advance the metaverse to the ground.

5G complexity has increased abruptly. An RF front-end be competent?

RF is the core component of the communication function of various mobile terminals. The RF front-end is a set of RF components between the modem and the terminal antenna that affects and manages all signals transmitted and received wirelessly. one of the most critical subsystems in a 5G terminal is the RF front-end. 5G terminals need to support many new frequency bands, from sub-7GHz bands to millimeter-wave bands. Just entering the 4G era, a mobile terminal needs to support less than 20 frequency bands. Now in the 5G era, there are more than 10,000 band combinations, significantly increasing the complexity of the RF front-end.

Technology developer Qualcomm has adopted a groundbreaking approach in response to the exponentially increasing complexity. First is the use of system-level solutions to drive a paradigm shift in 5G device design - Snapdragon 5G modem and RF system is the mobile industry's first complete solution from the modem, RF front-end to the antenna, integrating advanced 5G modem, RF transceiver, RF front-end, millimeter-wave antenna module and software framework It has already launched five generations of products.

Another idea is to apply AI to the modem and RF system. Just for the Sub-6GHz band, there are at least nine antennas for 5G phones. Incorporating more and more antennas into more compact terminals is a real challenge for terminal manufacturers, which is crucial for signal quality and user experience. Snapdragon X70, on the other hand, introduces native 5G AI processing capabilities to achieve significant improvements in 5G performance groundbreakingly using AI technology.

Simulation data shows that with AI-assisted channel state feedback and dynamic optimization technology, it can achieve up to 73% throughput improvement in mobile scenarios and up to 26% in walk scenarios based on Sub-6GHz connectivity at the cell edge; the world's first AI-assisted millimeter-wave beam management technology can achieve up to 28% network coverage improvement in densely populated urban environments AI-assisted adaptive antenna tuning, which uses AI to intelligently detect the position of the user's hand holding the terminal and dynamically tune the antenna in real-time, enabling a 30% improvement in situational awareness to support higher transmission speeds and energy efficiency, as well as wider network coverage.

5G network deployment and 5G smartphone penetration speed up, driving the global RF market to grow rapidly. Gartner forecasts that the RF front-end market will reach $21 billion by 2026, growing at a CAGR of 8.3% between 2019 and 2026.

Wireless connectivity technologies beyond 5G are also driving the growth of the RF market. The Yole RF research team estimates that Wi-Fi, Bluetooth, and UWB will bring $3 billion to the connectivity RF front-end market in 2026, growing at a CAGR of 8.4% between 2021 and 2026, excluding the market value of chipsets. This growth is driven by the shift to higher connectivity RF BoM in smartphones, including the rapid implementation of UWB, Wi-Fi 6E, and 2x2 MIMO.

The continued evolution of WLAN and Wi-Fi has further increased the complexity of the RF front-end, as cellular connectivity and Wi-Fi signals must remain separate or risk significant RF interference. Wi-Fi 6E and Wi-Fi 7 standards have introduced a 6 GHz spectrum. Therefore, the RF front-end must have advanced filtering technology to avoid overlapping RF signals.

At the end of June this year, Qualcomm launched an RF front-end module that supports Wi-Fi 7. Qualcomm said the new products are designed for Bluetooth, Wi-Fi 6E, and the new generation of Wi-Fi 7 for a wide range of device categories beyond smartphones, including automotive, XR, PC, wearable devices, mobile broadband, and IoT.

From this module, it is not difficult to find Qualcomm's thinking on Wi-Fi 7 RF front-end. Their solution is to fuse the key components required between the module's Wi-Fi baseband chip and antenna, amplifying and adapting the signal to support optimal wireless transmission. This way, manufacturers can use the module to develop Wi-Fi client devices quickly and economically. The module is reportedly being prototyped for customers, with commercial terminals expected to be available in the second half of 2022.

And in February and May of this year, Qualcomm launched FastConnect 7800, a Wi-Fi 7 chip for the mobile device side, and the third-generation Qualcomm Pro Networking Platform, a Wi-Fi 7 product for the network side, providing end-to-end Wi-Fi 7 support.

At MWC2022, Qualcomm was the first to introduce FastConnect 7800, the world's first Wi-Fi 7 product with the industry's highest peak rate of 5.8Gbps, less than 2ms latency, and 50% less power consumption than the previous generation.

In May, Qualcomm extended its Wi-Fi capabilities to the network side with the launch of the third-generation Qualcomm Professional Networking Platform for enterprise access points, Wi-Fi mesh networks, carrier gateways, and top-tier home routers, supporting 6-way to 16-way data stream network connectivity, key Wi-Fi 7 features including 320MHz channels, wireless interface capable of up to 33Gbps, and the peak throughput of over 10Gbps, with very bright performance indicators.

Outside the home scenario, a wide range of industry use cases will also bring Wi-Fi 7 to a larger stage. "We can see that current AR glasses require a wired connection, but in the future, AR glasses will be presented as a wireless connection." One AR company founder said.

The wave of networking, intelligence, and electrification is coming in the automotive sector. The application of 5G and advanced Wi-Fi technologies will not only bring enhancements to the cabin entertainment experience for drivers and passengers but also promote the interconnection of the car with everything else.

Wi-Fi 7 and 5G are accelerating the development, penetrating various industries, and faster internet of the future. Technology changes life.

Previous: How inductors, resistors, and wires protect the circuit