The enhanced Z80180/Z8S180/Z8L180™ significantly improves on the previous Z80180 models while still providing full backward compatibility with existing Zilog Z80 devices. The Z80180/Z8S180/Z8L180 now offers faster execution speeds, power saving modes, and EMI noise reduction. This enhanced Z180 design also incorporates additional feature enhancements to the ASCIs, DMAs, and Icc STANDBY Mode power consumption. With the addition of “ESCC-like” Baud Rate Generators (BRGs), the two ASCIs now have the flexibility and capability to transfer data asynchronously at rates of up to 512 Kbps. In addition, the ASCI receiver has added a 4-byte First In First Out (FIFO) which can be used to buffer incoming data to reduce the incidence of overrun errors. The DMAs have been modified to allow for a “chain-linking” of the two DMA channels when set to take their DMA requests from the same peripherals device. This feature allows for non-stop DMA operation between the two DMA channels, reducing the amount of CPU intervention (Figure 1).

Not only does the Z80180/Z8S180/Z8L180 consume less power during normal operations than the previous model, it has also been designed with three modes intended to further reduce the power consumption. Zilog reduced Icc power consumption during STANDBY Mode to a minimum of 10 µA by stopping the external oscillators and internal clock. The SLEEP mode reduces power by placing the CPU into a “stopped” state, thereby consuming less current while the on-chip I/O device is still operating. The SYSTEM STOP mode places both the CPU and the onchip peripherals into a “stopped” mode, thereby reducing power consumption even further. A new clock doubler feature has been implemented in the Z80180/Z8S180/Z8L180 device that allows the programmer to double the internal clock from that of the external clock. This provides a systems cost savings by allowing the use of lower cost, lower frequency crystals instead of the higher cost, and higher speed oscillators. The Enhanced Z180 is housed in 80-pin QFP, 68-pin PLCC, and 64-pin DIP packages.

■ Expanded MMU Addressing (up to 1 MB) 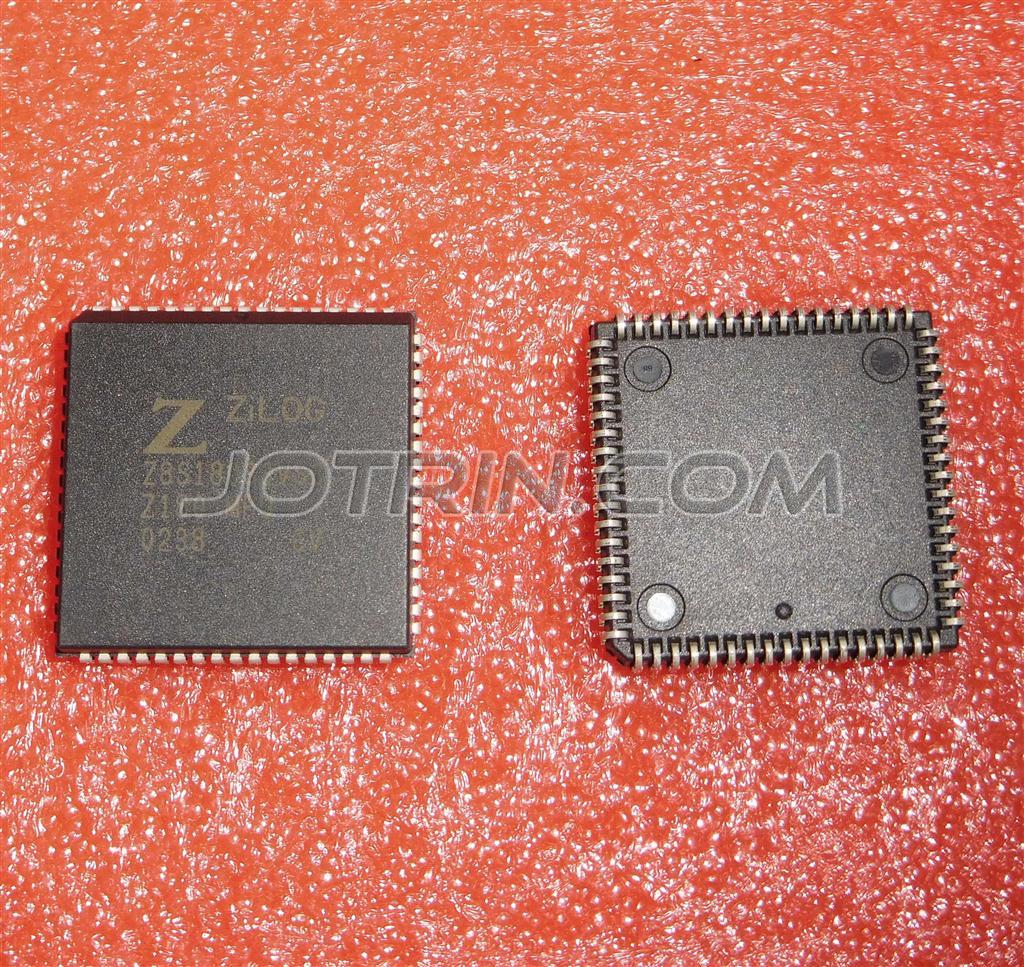 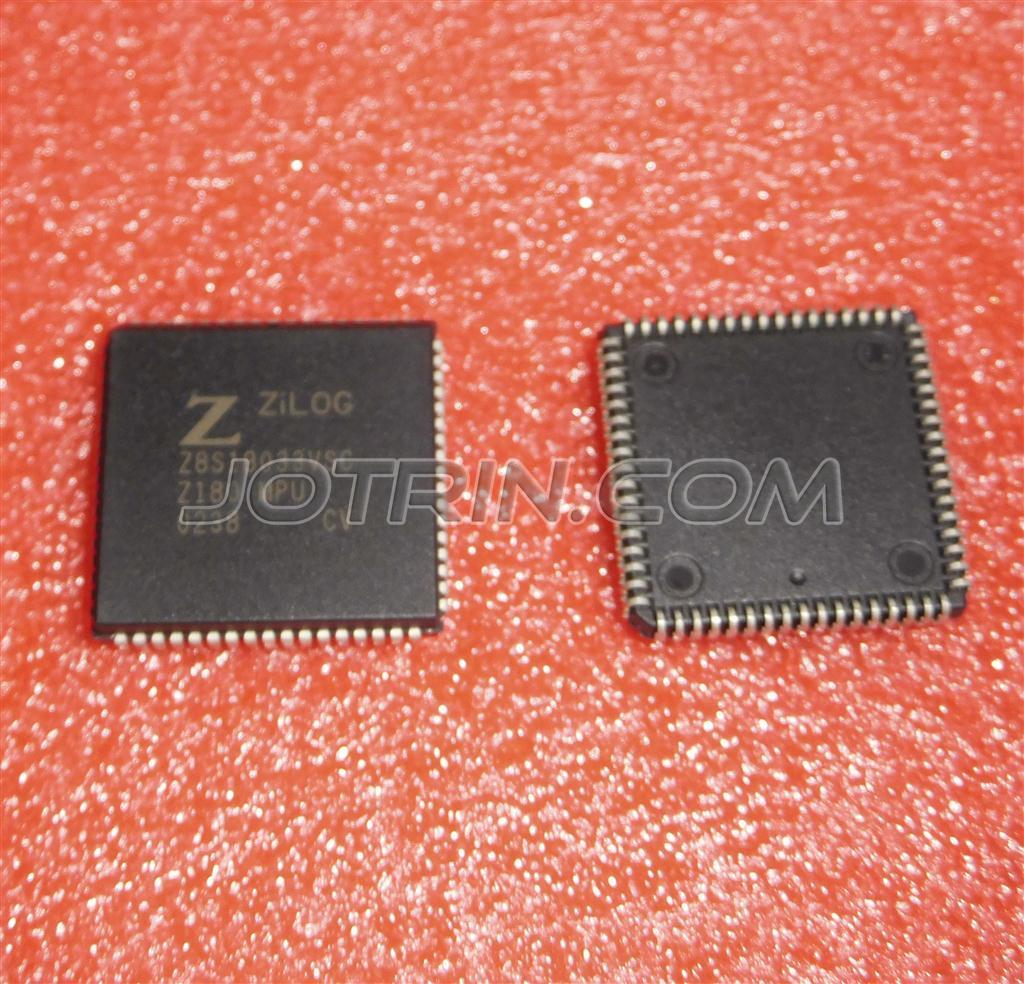 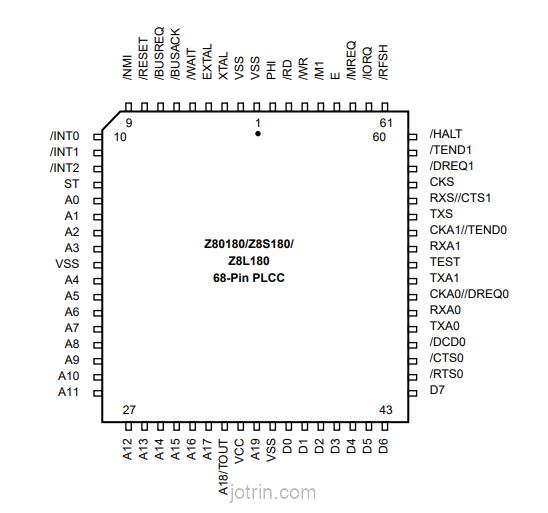 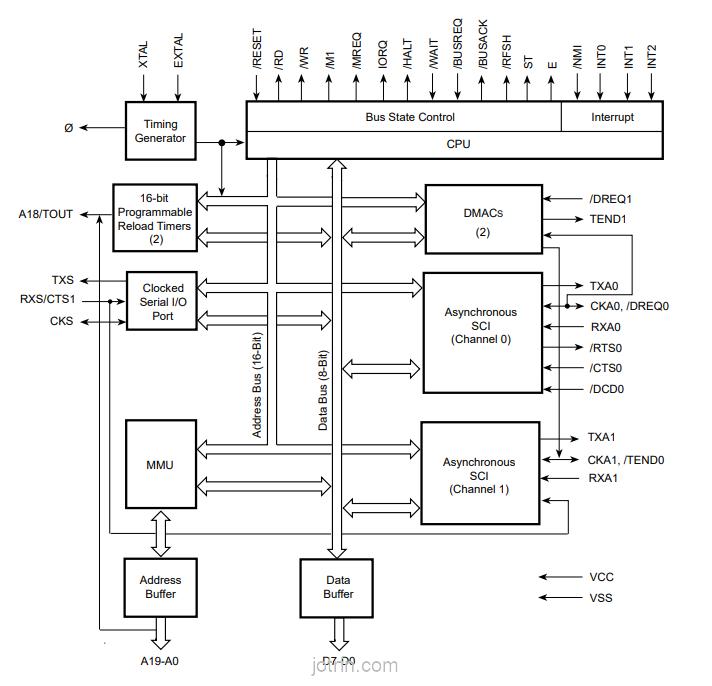 Q: How does Jotrin guarantee that Z8S18033VSC is the original manufacturer or agent of ZILOG?
We have a professional business development department to strictly test and verify the qualifications of ZILOG original manufacturers and agents. All ZILOG suppliers must pass the qualification review before they can publish their Z8S18033VSC devices; we pay more attention to the channels and quality of Z8S18033VSC products than any other customer. We strictly implement supplier audits, so you can purchase with confidence.
Q: How to find the detailed information of Z8S18033VSC chips? Including ZILOG original factory information, Microprocessors - MPU application, Z8S18033VSC pictures?
You can use Jotrin's intelligent search engine, or filter by Microcontrollers ; Classic Products category, or find it through Zilog, Inc Information page.
Q: Are the ZILOG's Z8S18033VSC price and stock displayed on the platform accurate?
The ZILOG's inventory fluctuates greatly and cannot be updated in time, it will be updated periodically within 24 hours. After submitting an order for Z8S18033VSC, it is recommended to confirm the order with Jotrin salesperson or online customer service before payment.
Q: Can I place an order offline?
Yes. We accept offline orders.
We can provide order placement service. You only need to log in, click "My Orders" to enter the transaction management, and you will see the "Order Details" interface. After checking it, select all and click "Place Order". In addition, you can enjoy coupons or other selected gifts when placing orders online.
Q: What forms of payment can I use in Jotrin?
TT Bank, Paypal, Credit Card, Western Union, and Escrow is all acceptable.
Q: How is the shipping arranged and track my package?
Customers can choose industry-leading freight companies, including DHL, FedEx, UPS, TNT, and Registered Mail.
Once your order has been processed for shipment, our sales will send you an e-mail advising you of the shipping status and tracking number.
Note: It may take up to 24 hours before carriers will display tracking information. In normal conditions, Express delivery needs 3-5 days, Registered Mail needs 25-60 days.
Q: What is the process for returns or replacement of Z8S18033VSC?
All goods will implement Pre-Shipment Inspection (PSI), selected at random from all batches of your order to do a systematic inspection before arranging the shipment. If there is something wrong with the Z8S18033VSC we delivered, we will accept the replacement or return of the Z8S18033VSC only when all of the below conditions are fulfilled:
(1)Such as a deficiency in quantity, delivery of wrong items, and apparent external defects (breakage and rust, etc.), and we acknowledge such problems.
(2)We are informed of the defect described above within 90 days after the delivery of Z8S18033VSC.
(3)The Z8S18033VSC is unused and only in the original unpacked packaging.
Two processes to return the products:
(1)Inform us within 90 days
(2)Obtain Requesting Return Authorizations
More details about return electronic components please see our Return & Change Policy.
Q: How to contact us and get support, such as Z8S18033VSC datasheet pdf, Z8S180 pin diagram?
Need any After-Sales service, please feel free contact us: sales@jotrin.com

Zilog is the most trusted provider of application-specific embedded system single-chip (SoC) solutions for the industrial and consumer markets. Zilog? Originated from an award-winning architecture in the microprocessor and microcontroller industries, it has been upgraded from core silicon technolog...

View All Newest Products from ZILOG.