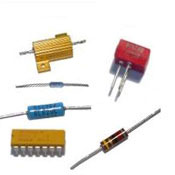 The Y14740R00500B0W parts manufactured by VISHAY FOIL RESISTORS are available for purchase at Jotrin Electronics website. Here you can find a wide variety of types and values ​​of electronic parts from the world's leading manufacturers. The Y14740R00500B0W components of Jotrin Electronics are carefully chosen, undergo stringent quality control and are successfully meet at all required standards.
The production status marked on Jotrin.com is for reference only. If you did not find what you were looking for, you can get more value information by email, such as the Y14740R00500B0W Inventory quantity, preferential price, and manufacturer. We are always happy to hear from you so feel free to contact us.