The TI XIO2213BZAY is a PCIe to PCI translation bridge, where the PCI bus interface is internally connected to a 1394b open host controller/link-layer controller with a 3-port 1394b PHY. The PCIe to PCI translation bridge is fully compatible with the PCI Express to PCI/PCI-X Bridge Specification, Revision 1.0. Also, the bridge supports the standard PCI-to-PCI bridge programming model. The 1394b OHCI controller function is fully compatible with IEEE Std 1394b and the latest 1394 Open Host Controller Interface (OHCI) Specification.

The PCIe interface supports a ×1 link operating at full 250 Mbit/s packet throughput in each direction simultaneously. Also, the bridge supports the advanced error reporting capability including ECRC as defined in the PCI Express Base Specification, Revision 1.1. Supplemental firmware or software is required to fully utilize both of these features.

Robust pipeline architecture is implemented to minimize system latency. If parity errors are detected, packet poisoning is supported for both upstream and downstream operations.

As required by the 1394 Open Host Controller Interface (OHCI) Specification, internal control registers are memory mapped and nonprefetchable. This configuration header is accessed through configuration cycles specified by PCIe, and it provides plug-and-play (PnP) compatibility.

The PHY provides the digital and analog transceiver functions needed to implement a 3-port node in a cable-based 1394 network. Each cable port incorporates two differential line transceivers. The transceivers include circuitry to monitor the line conditions as needed for determining connection status, for initialization and arbitration, and for packet reception and transmission. An optional external 2-wire serial EEPROM interface is provided to load the global unique ID for the 1394 fabric.

The XIO2213BZAY requires an external 98.304-MHz crystal oscillator to generate a reference clock. The external clock drives an internal phase-locked loop (PLL), which generates the required reference signal. This reference signal provides the clock signals that control transmission of the outbound encoded information. The power-down (PD) function, when enabled by asserting the PD terminal high, stops operation of the PLL. Data bits to be transmitted through the cable ports are latched internally, combined serially, encoded, and transmitted at 98.304, 196.608, 393.216, 491.52, or 983.04 Mbit/s (referred to as S100, S200, S400, S400B, or S800 speed, respectively) as the outbound information stream.

Three package terminals are used as inputs to set the default value for three configuration status bits in the self-ID packet. They can be pulled high through a 1-k resistor or hardwired low as a function of the equipment design. The PC0, PC1, and PC2 terminals indicate the default power class status for the node (the need for power from the cable or the ability to supply power to the cable). The contender bit in the PHY register set indicates that the node is a contender either for the isochronous resource manager (IRM) or for the bus manager (BM). On the XIO2213B, this bit can only be set by a write to the PHY register set. If a node is to be a contender for IRM or BM, the node software must set this bit in the PHY register set. 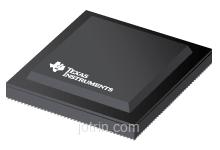 Q: How does Jotrin guarantee that XIO2213BZAY is the original manufacturer or agent of TI?
We have a professional business development department to strictly test and verify the qualifications of TI original manufacturers and agents. All TI suppliers must pass the qualification review before they can publish their XIO2213BZAY devices; we pay more attention to the channels and quality of XIO2213BZAY products than any other customer. We strictly implement supplier audits, so you can purchase with confidence.
Q: How to find the detailed information of XIO2213BZAY chips? Including TI original factory information, 1394 Interface IC application, XIO2213BZAY pictures?
You can use Jotrin's intelligent search engine, or filter by Semiconductors ; Interface ; PCIe, SAS & SATA category, or find it through TI brand manufacturer page.
Q: Are the TI's XIO2213BZAY price and stock displayed on the platform accurate?
The TI's inventory fluctuates greatly and cannot be updated in time, it will be updated periodically within 24 hours. After submitting an order for XIO2213BZAY, it is recommended to confirm the order with Jotrin salesperson or online customer service before payment.
Q: Can I place an order offline?
Yes. We accept offline orders.
We can provide order placement service. You only need to log in, click "My Orders" to enter the transaction management, and you will see the "Order Details" interface. After checking it, select all and click "Place Order". In addition, you can enjoy coupons or other selected gifts when placing orders online.
Q: What forms of payment can I use in Jotrin?
TT Bank, Paypal, Credit Card, Western Union, and Escrow is all acceptable.
Q: How is the shipping arranged and track my package?
Customers can choose industry-leading freight companies, including DHL, FedEx, UPS, TNT, and Registered Mail.
Once your order has been processed for shipment, our sales will send you an e-mail advising you of the shipping status and tracking number.
Note: It may take up to 24 hours before carriers will display tracking information. In normal conditions, Express delivery needs 3-5 days, Registered Mail needs 25-60 days.

Q: What is the process for returns or replacement of XIO2213BZAY?
All goods will implement Pre-Shipment Inspection (PSI), selected at random from all batches of your order to do a systematic inspection before arranging the shipment. If there is something wrong with the XIO2213BZAY we delivered, we will accept the replacement or return of the XIO2213BZAY only when all of the below conditions are fulfilled:
(1)Such as a deficiency in quantity, delivery of wrong items, and apparent external defects (breakage and rust, etc.), and we acknowledge such problems.
(2)We are informed of the defect described above within 90 days after the delivery of XIO2213BZAY.
(3)The XIO2213BZAY is unused and only in the original unpacked packaging.
Two processes to return the products:
(1)Inform us within 90 days
(2)Obtain Requesting Return Authorizations
More details about return electronic components please see our Return & Change Policy.
Q: How to contact us and get support, such as XIO2213BZAY datasheet pdf, XIO2213B pin diagram?
Need any After-Sales service, please feel free contact us: sales@jotrin.com