The main factors that determine the output current are current sense resistor RS, supply voltage Vb, and variable current resistor RX. (1) Normal mode To operate a motor at the maximum current level, set RX to infinity (open). From Fig. A, when the maximum current ripple is designated as IOH, its value will be, VRSH can be calculated as follows: VRSH=0.19×Vb−0.03 (center value) From equations (1) and (2), the output current IOH can be calculated as follows: The relationship between IOH and RS is shown in Fig. B. (2) Power down mode When an external resistor RX is connected, VRSH changes as shown in Fig. C even when RS is retained. Obtain a power down output current IOHPD from Fig. C and equation (1).

The SI-7502 uses the total current control system; therefore, the output current IO is different from the motor winding current. In a general pentagonal driving system, the current flows as shown in Figure D. The relation between IO and IOM is as follows: IO=4×IOM With some driving systems, the relation can also be as follows: IO=2×IOM

The driver (SLA5011/SLA6503) dissipation varies depending on a driving system used even if the output currents (control current) are the same. Therefore, measure the temperature rise of the driver under the actual operating conditions to determine the size of the heatsink. Figure E shows an SLA5011/SLA6503 derating curve. This derating curve indicates Tj=150°C; however, when using this device, allow sufficient margin when selecting a heatsink so that TC≤100°C (AI FIN temperature on the back of the SLA) is obtained. 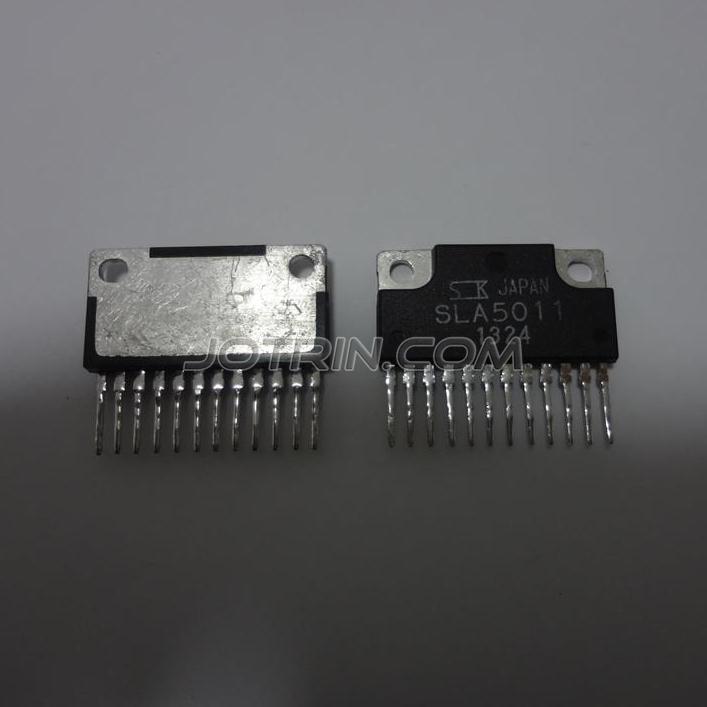 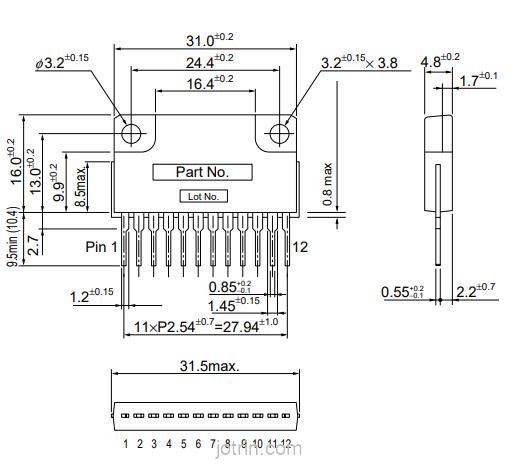 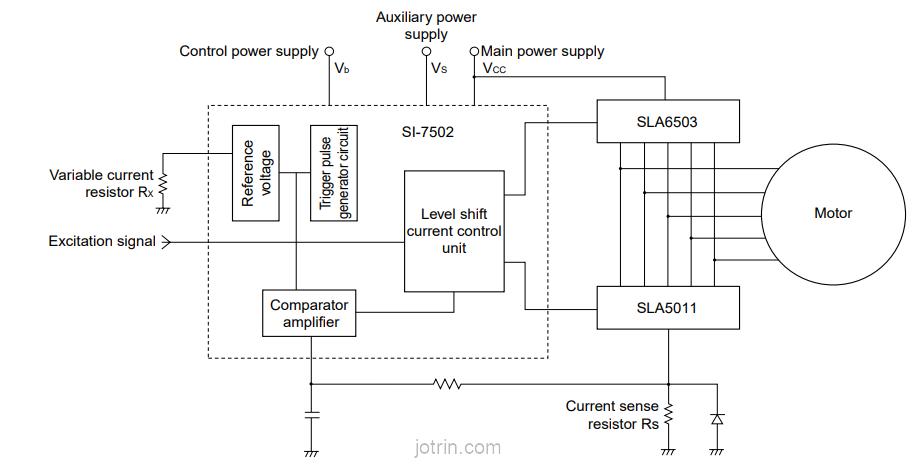 Q: How does Jotrin guarantee that SLA5011 is the original manufacturer or agent of SANKEN?
We have a professional business development department to strictly test and verify the qualifications of SANKEN original manufacturers and agents. All SANKEN suppliers must pass the qualification review before they can publish their SLA5011 devices; we pay more attention to the channels and quality of SLA5011 products than any other customer. We strictly implement supplier audits, so you can purchase with confidence.
Q: How to find the detailed information of SLA5011 chips? Including SANKEN original factory information, application, SLA5011 pictures?
You can use Jotrin's intelligent search engine, or filter by Driver ICs category, or find it through Sanken Electric Co., Ltd Information page.
Q: Are the SANKEN's SLA5011 price and stock displayed on the platform accurate?
The SANKEN's inventory fluctuates greatly and cannot be updated in time, it will be updated periodically within 24 hours. After submitting an order for SLA5011, it is recommended to confirm the order with Jotrin salesperson or online customer service before payment.
Q: Can I place an order offline?
Yes. We accept offline orders.
We can provide order placement service. You only need to log in, click "My Orders" to enter the transaction management, and you will see the "Order Details" interface. After checking it, select all and click "Place Order". In addition, you can enjoy coupons or other selected gifts when placing orders online.
Q: What forms of payment can I use in Jotrin?
TT Bank, Paypal, Credit Card, Western Union, and Escrow is all acceptable.
Q: How is the shipping arranged and track my package?
Customers can choose industry-leading freight companies, including DHL, FedEx, UPS, TNT, and Registered Mail.
Once your order has been processed for shipment, our sales will send you an e-mail advising you of the shipping status and tracking number.
Note: It may take up to 24 hours before carriers will display tracking information. In normal conditions, Express delivery needs 3-5 days, Registered Mail needs 25-60 days.
Q: What is the process for returns or replacement of SLA5011?
All goods will implement Pre-Shipment Inspection (PSI), selected at random from all batches of your order to do a systematic inspection before arranging the shipment. If there is something wrong with the SLA5011 we delivered, we will accept the replacement or return of the SLA5011 only when all of the below conditions are fulfilled:
(1)Such as a deficiency in quantity, delivery of wrong items, and apparent external defects (breakage and rust, etc.), and we acknowledge such problems.
(2)We are informed of the defect described above within 90 days after the delivery of SLA5011.
(3)The SLA5011 is unused and only in the original unpacked packaging.
Two processes to return the products:
(1)Inform us within 90 days
(2)Obtain Requesting Return Authorizations
More details about return electronic components please see our Return & Change Policy.
Q: How to contact us and get support, such as SLA5011 datasheet pdf, SLA5011 pin diagram?
Need any After-Sales service, please feel free contact us: sales@jotrin.com

Sanken Electric Co., Ltd carried out semiconductor research and development, and applied semiconductor technology to power products. With the development of semiconductor industry, sanken electric has gradually become a well-known power electronics enterprise in the industry and successfully establi...

View All Newest Products from SANKEN.