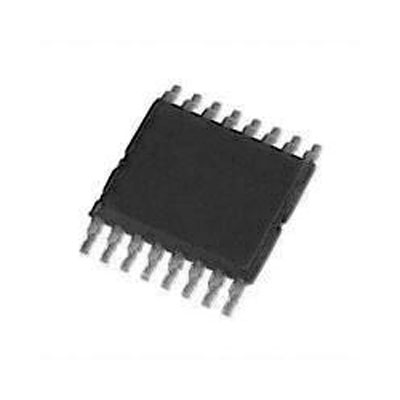 The 74HC4017PW is a 5-stage Johnson Decade Counter with 10 decoded outputs (Q0 to Q9), an output from the most significant flip-flop (Q5\-9), two clock inputs (CP0 and CP1\) and an overriding asynchronous master reset input (MR). The counter is advanced by either a low-to-high transition at CP0 while CP1\ is low or a high-to-low transition at CP1\ while CP0 is high. When cascading counters, the Q5\-9 output, which is low while the counter is in states 5, 6, 7, 8 and 9, can be used to drive the CP0 input of the next counter. A high on MR resets the counter to zero (Q0 = Q5\-9 = high, Q1 to Q9 = low) independent of the clock inputs (CP0 and CP1\). Automatic code correction of the counter is provided by an internal circuit: following any illegal code the counter returns to a proper counting mode within 11 clock pulses. Inputs include clamp diodes. This enables the use of current limiting resistors to interface inputs to voltages in excess of VCC.

Nexperia, born out of NXP Semiconductors' Standard Products Division, was officially independent in 2017 and is a global leader in the production and sales of discrete devices, logic devices and MOSFE...

View All Newest Products from NEXPERIA.