The A6809 and A681064 devices combine 10-bit CMOS shift registers, accompanying data latches and control circuitry with bipolar sourcing outputs and pnp active pull downs. Designed primarily to drive vacuum-fluorescent displays, the 60 V and -40 mA output ratings also allow these devices to be used in many other peripheral power driver applications. The A6809 and A681064 feature an increased data input rate (compared with the older UCN/UCQ5810-F) and a controlled output slew rate. The A6809xLW and A6810xLW are identical except for pinout.The CMOS shift register and latches allow direct interfacing with microprocessor-based systems. With a 3.3 V or 5 V logic supply, typical serial-data input rates are up to 33 MHz.A CMOS serial data output permits cascade connections in applications requiring additional drive lines. Similar devices are avail-able as the A6811 (12 bits), A6812 (20 bits), and A6818 (32 bits). The A6809 and A681064 output source drivers are npn Darling tons, capable of sourcing up to 40 mA. The controlled output slew rate reduces electromagnetic noise, which is an important consideration in systems that include telecommunications and/or microprocessors and to meet government emissions regulations. For inter-digit blanking, all output drivers can be disabled and all sink drivers turned on with a BLANKING input high. The pnp active pull-downs will sink at least 2.5 mA.All devices are available in two temperature ranges for optimum performance in commercial (suffix S-) or industrial (suffix E-) applications. The A681064 is provided in three package styles for through-hole DIP (suffix -A), surface-mount SOIC (suffix -LW), or minimum-area surface-mount PLCC (suffix -EP). The A6809 is provided in the SOIC (suffix -LW) only. Copper lead frames, low logic-power dissipation, and low output-saturation voltages allow all devices to source 25 mA from all outputs continuously over the maximum operating temperature range. 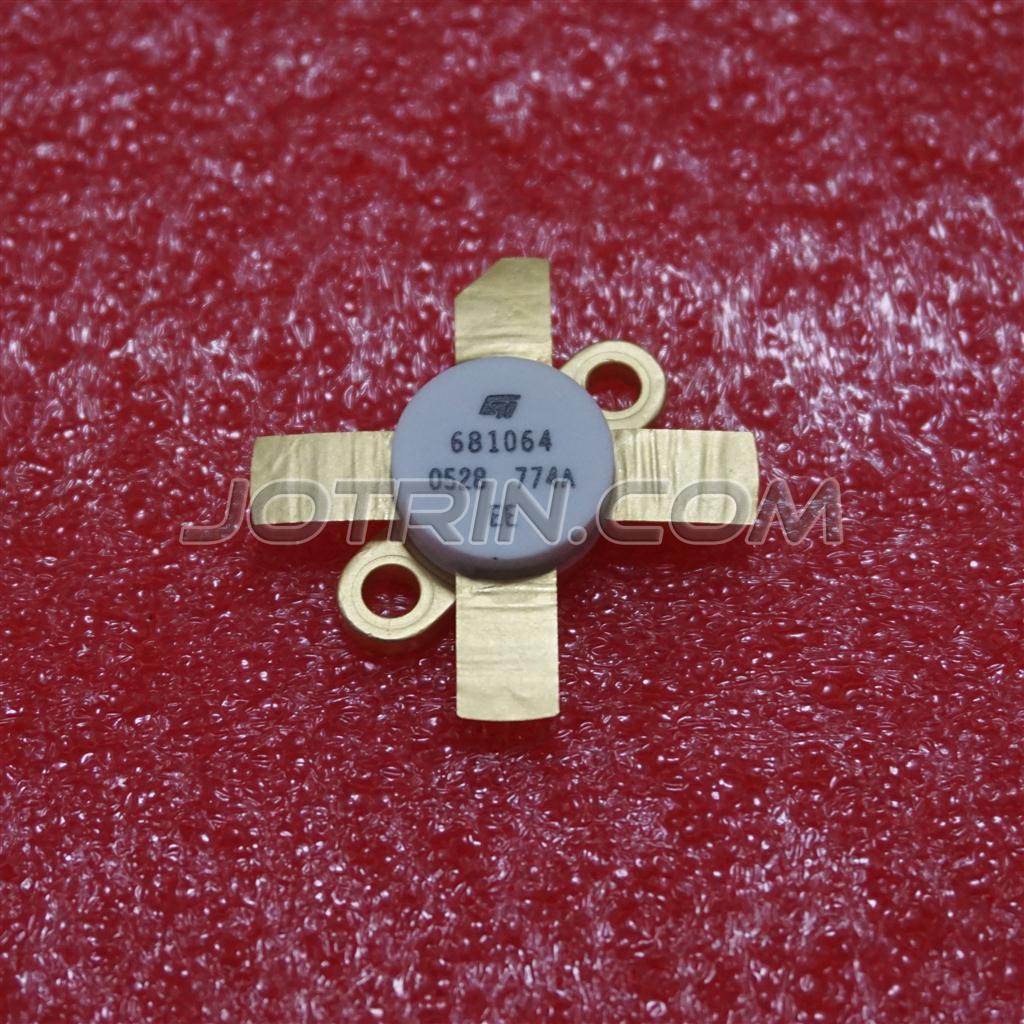 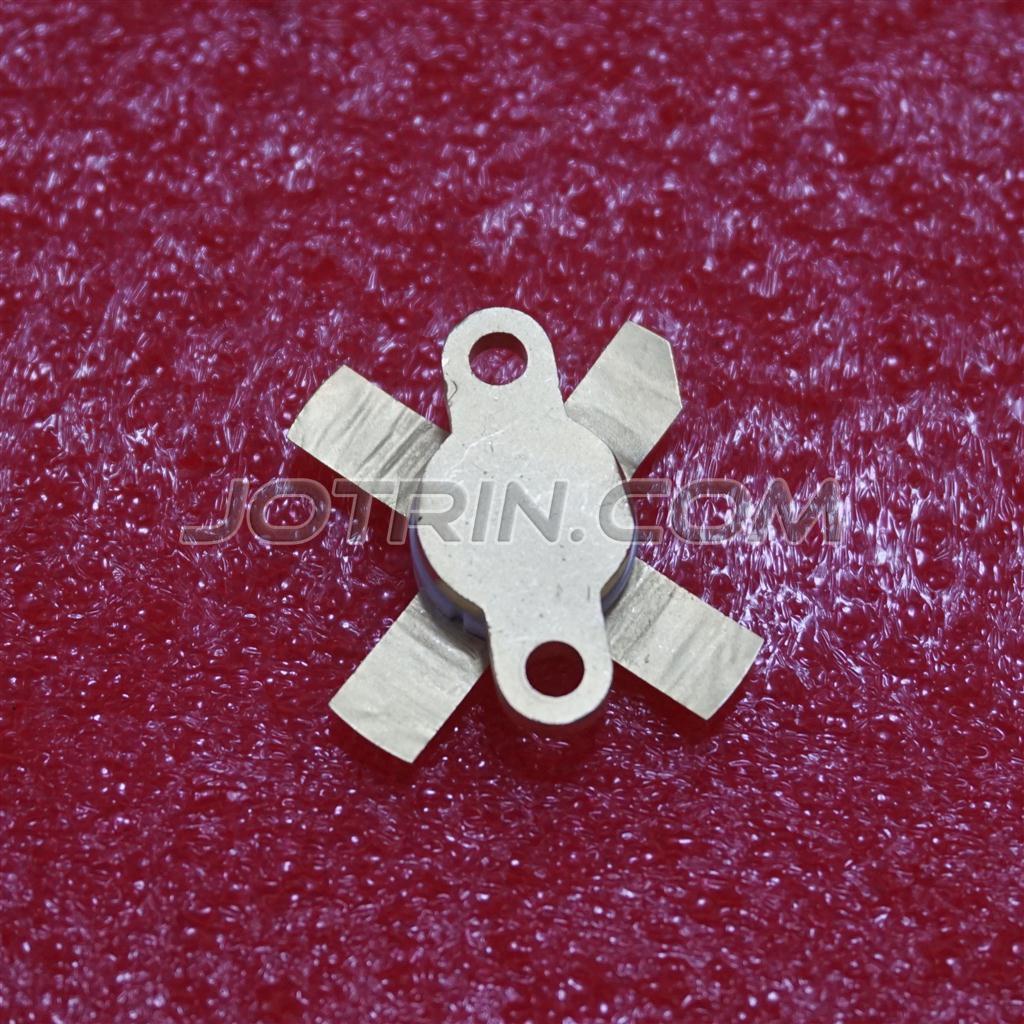 Q: How does Jotrin guarantee that 681064 is the original manufacturer or agent of ST?
We have a professional business development department to strictly test and verify the qualifications of ST original manufacturers and agents. All ST suppliers must pass the qualification review before they can publish their 681064 devices; we pay more attention to the channels and quality of 681064 products than any other customer. We strictly implement supplier audits, so you can purchase with confidence.
Q: How to find the detailed information of 681064 chips? Including ST original factory information, application, 681064 pictures?
You can use Jotrin's intelligent search engine, or filter by Discrete Semiconductors category, or find it through STMicroelectronics, Inc Information page.
Q: Are the ST's 681064 price and stock displayed on the platform accurate?
The ST's inventory fluctuates greatly and cannot be updated in time, it will be updated periodically within 24 hours. After submitting an order for 681064, it is recommended to confirm the order with Jotrin salesperson or online customer service before payment.
Q: Can I place an order offline?
Yes. We accept offline orders.
We can provide order placement service. You only need to log in, click "My Orders" to enter the transaction management, and you will see the "Order Details" interface. After checking it, select all and click "Place Order". In addition, you can enjoy coupons or other selected gifts when placing orders online.
Q: What forms of payment can I use in Jotrin?
TT Bank, Paypal, Credit Card, Western Union, and Escrow is all acceptable.
Q: How is the shipping arranged and track my package?
Customers can choose industry-leading freight companies, including DHL, FedEx, UPS, TNT, and Registered Mail.
Once your order has been processed for shipment, our sales will send you an e-mail advising you of the shipping status and tracking number.
Note: It may take up to 24 hours before carriers will display tracking information. In normal conditions, Express delivery needs 3-5 days, Registered Mail needs 25-60 days.
Q: What is the process for returns or replacement of 681064?
All goods will implement Pre-Shipment Inspection (PSI), selected at random from all batches of your order to do a systematic inspection before arranging the shipment. If there is something wrong with the 681064 we delivered, we will accept the replacement or return of the 681064 only when all of the below conditions are fulfilled:
(1)Such as a deficiency in quantity, delivery of wrong items, and apparent external defects (breakage and rust, etc.), and we acknowledge such problems.
(2)We are informed of the defect described above within 90 days after the delivery of 681064.
(3)The 681064 is unused and only in the original unpacked packaging.
Two processes to return the products:
(1)Inform us within 90 days
(2)Obtain Requesting Return Authorizations
More details about return electronic components please see our Return & Change Policy.
Q: How to contact us and get support, such as 681064 datasheet pdf, 6810 pin diagram?
Need any After-Sales service, please feel free contact us: sales@jotrin.com

View All Newest Products from ST.