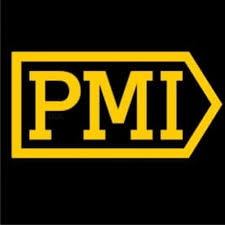 Precision Monolithics, Inc(PMI). also known as PMI, was an American company based in Santa Clara, California, that developed and produced mixed-signal and linear integrated circuits (ICs). It was a pioneer in the fields of digital-to-analog converters and operational amplifiers.

The company was founded in 1969 by Marv Rudin and Garth Wilson, who had both left Fairchild Semiconductor at the end of 1968. Wilson was a circuit design manager under Rudin who managed linear circuit R&D at the Fairchild Semiconductor R&D Laboratory in Palo Alto from 1966 to 1968. In the beginning, Wilson was Vice President responsible for Engineering and Production and reported to Rudin who was President, and Marketing Manager. Jim Grugan from Fairchild joined shortly after incorporation as Vice President of Administration, responsible for finance, facilities, and purchasing.

Immediately after financing and incorporation, they offered founder stock and hired IC designers George Erdi from Fairchild and Dan Dooley from TRW Microelectronics. They also hired Jerry Bresee, a chief process engineer from Tektronix, who developed a semiconductor process far superior to what they were able to access from the Fairchild R&D processing services department, with the exception of nitride passivation for low 1/f noise, a technology known by the founders from Fairchild. In 1969 Dooley designed the first fully integrated D/A converter (DAC), the 6-bit DAC01, using diffused resistors.[1] He recruited his thin-film technician with precision resistor fabrication skills that were essential for improving the accuracy of DACs, which became the biggest-selling type of product that helped launch the company. Semiconductor and materials engineer Wadie Khadder was hired with founder stock from Fairchild to support Bresee in both semiconductor process engineering and also the critical precision thin-film technology initially needed for producing high accuracy 2-chip D/A converters.

PMI pioneered the design and manufacture of the first 10-bit semiconductor IC DACs on the market. In March 1970, during the IEEE Annual Convention in New York, PMI caused a major stir in engineering circles by introducing the aimDac100, the first 10-bit 2-chip DAC in a DIP semiconductor package. Not only was it far more compact and reliable than the modules that were state of the art at that time, but it provided 10-bit accuracy over the full military temperature range. The MonoDac01 was used by Jet Propulsion Laboratory (priced at $200 each) for their first Moon probe. By 1972 Dooley and Bresee, PMI's chief process engineer who developed process uniformity never before seen in the semiconductor industry, combined to design and produce a full 10 bit D/A converter on a single chip, the monoDac02. At that point, PMI's linear process uniformity and products capitalizing on that uniformity put PMI in a class by itself. It would be several years before any other company could match the Dac-02.