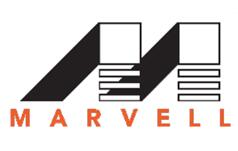 Founded in 1995, Marvell is a multinational company with approximately 7,200 employees. Marvell USA is headquartered in Santa Clara, Calif., with R&amp;D centers in the United States, Europe, Israel, India, Singapore, and China. As a leading fabless semiconductor company, the company sells nearly one billion chips a year. Marvell's expertise in microprocessor architecture and digital signal processing has greatly facilitated the development of platforms for mass storage solutions, mobile and wireless technologies, networking, consumer electronics and green products. At the same time, with its superior design and mixed-signal design capabilities, Marvell provides customers with the most critical core components and modules to help them stay ahead of the competition.

Marvell Technology Group, Limited, is a producer of storage, processing, networking, security and connectivity solutions. The company was founded in 1995 and has over 3,700 employees.Marvell's U.S. operating headquarters is located in Santa Clara, California, and the company operates design centers in places including Europe, Israel, India, Singapore and China.Marvell is a "fabless" manufacturer of semiconductors (meaning that it is active entirely in core competencies of engineering and design, with the actual manufacturing outsourced to contract manufacturers in lower-cost emerging markets) that ships more than one billion integrated circuits (known as "chips") per year.Its market segments include data center, enterprise / campus, cloud, automotive, industrial and home / consumer.

Marvell was founded in 1995 by Sehat Sutardja, his wife Weili Dai, and brother Pantas Sutardja.[ The initial public offering on June 27, 2000 (near the end of the dot-com bubble) raised $90 million, with the stock listed on NASDAQ with the symbol MRVL.[6] After quickly raising from $19 to over $63 per share, three days later it was $55.25. At the time, the five largest customers, Samsung Electronics, Hitachi, Seagate Technology, Fujitsu and Toshiba, accounted for 97% of sales.[8] The shares dropped sharply in December when insiders were allowed to sell.

In the summer of 2018, Marvell became the first silicon vendor in North America to open a CISPR 25 qualified automotive electromagnetic compatibility lab with the in-house capability to perform a wide range of emission, immunity and ESD tests to further drive the development of industry-leading automotive connectivity solutions.

The company is officially headquartered in Hamilton, Bermuda.[6] The US operations known as Marvell Semiconductor, Incorporated, are located in Silicon Valley, California.