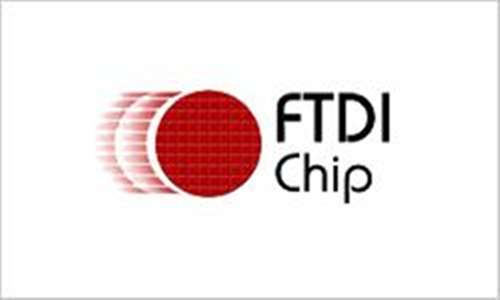 It develops, manufactures, and supports devices and their related software drivers for converting RS-232 or TTL serial transmissions to USB signals, in order to allow support for legacy devices with modern computers.

FTDI was founded on 13 March 1992 by its current CEO Fred Dart. The company is an indirect descendant of Computer Design Concepts Ltd, a former semiconductor technology startup, founded by Dart.

FTDI's initial products were chipsets for personal computer motherboards, the primary customer of which was IBM, which used them in its AMBRA and PS/1 personal computers. It later expanded its product line to include interface translators, such as the MM232R and the USB-COM232-PLUS1, along with other devices for converting between USB and other communication protocols.

Currently, the headquarters for FTDI is located in Glasgow, Scotland, United Kingdom, while it also has offices in Singapore, Taipei, Taiwan, and Portland, Oregon. The company's manufacturing division is handled by subcontractors in the Asia Pacific region.

FT245 – USB Slave Bridge Chip - Parallel FIFO Interface
The FT245 chip bridges the USB FIFO interface commonly used in embedded systems in the industry to another USB interface, providing another high-speed bridge transfer design option. The latest enhancement is the FT245R, which integrates EEPROM and timing generators into the chip, plus five additional feature pins, as well as FTDIChip-IDTM security protection; the logic interface signal voltage can be as low as 1.8V. Supports industrial operating temperature range.
FT232H - Single Channel High Speed USB to UART/FIFO Interface Chip - Serial Parallel Interface
The FT232H chip can be used in a variety of serial and parallel I/O configurations, including proprietary dynamic bidirectional data busses. The FT232H not only supports the asynchronous serial interface (UART), but also supports many synchronous IO interfaces, such as SPI, I2C, JTAG and FPGA interfaces, through its built-in multi-protocol synchronous serial engine (MPSSE). MPSSE communication speed can reach 30Mbit/ second. In addition, MPSSE can be used to execute the designer's own synchronous serial bus protocol.
The new FT1248 bus is an interface feature of the FT232H integration, a proprietary synchronous half-duplex serial/parallel interface with an external logic communication rate of 30 Mbytes/sec. The unique feature of the FT1248 bus is the ability to adjust the bandwidth of the FT232H to the external logic connection based on the width of the available physical data bus (1, 2, 4 or 8) to provide optimum adaptability to the system design.