This scheme adopts qualcomm CSR Atlas7(CSRS3703) vehicle-mounted main control chip with high cost performance, which is not only the best application scheme of IVI but also the first choice for real-time four-way image processing.This system qualcomm SoC CSR A7 with TV Decoder (TI TVP5158) to receive standard clear lens, image signal through the VIP Interface to SoC A7 system, by the system output four way camera standard clear picture, according to the car application display visual blind area image, real-time for the car owner to present the actual environment, further improve the driving safety.Refer to the scenario application diagram for terminal product applications.

The crimson block is the TVP5158 Daughter Board

The dark blue block is CSR A7 EVK

Daughter Board, connected to EVK VIP (Video In Port) slot,

Daughter Board contains four CVBS formats (480p) video in and one 108MHz BT656 video out. 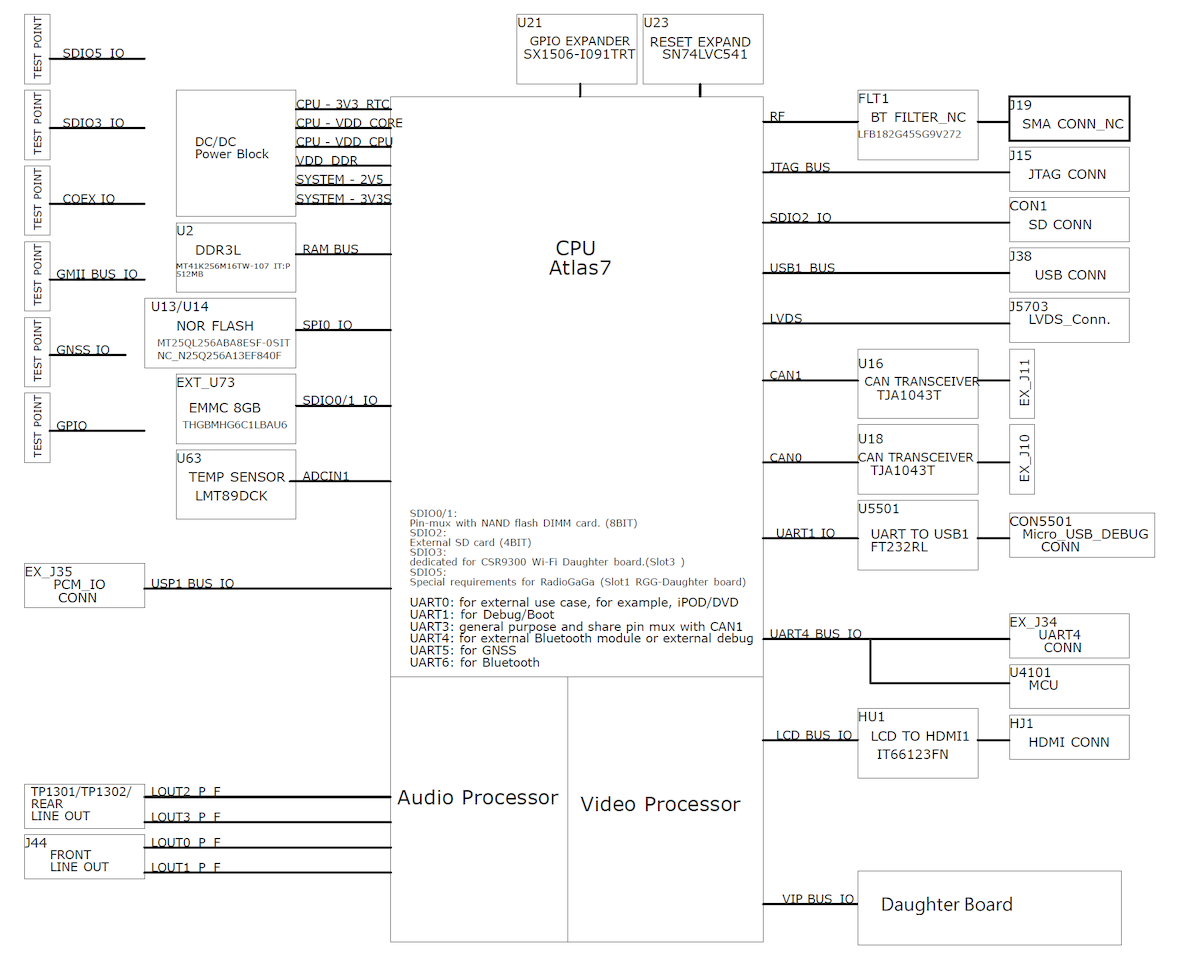 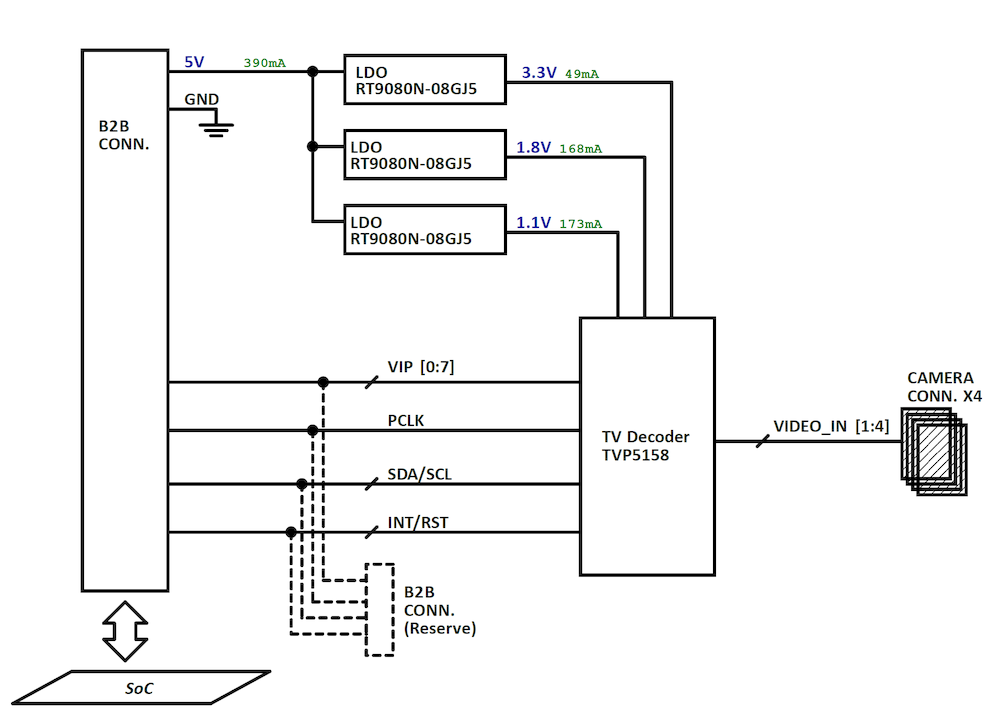 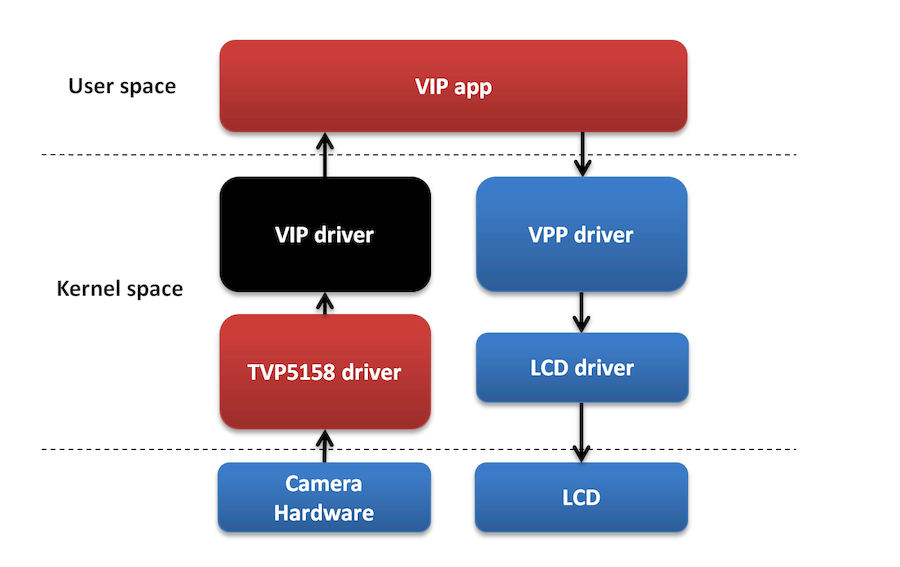 Blue box: an existing driver or program for CSR A7.

Black box: existing driver or program for CSR A7, subject to partial modification.

Red box: a LINUX software driver or program that is required to implement this solution.

The instructions are as follows:

The pixel clock of standard BT656 is 27MHz, but the pixel clock of super frame composed of four-way 720x480 is 108MHz. Because A7 VIP can support DDR mode of 150MHz at the highest, the native A7 VIP driver only needs to make some modifications.

The main task is to analyze and disassemble the super frame obtained from the bottom layer, and restore it to four-way 720 x 480 images.According to the start code of each line, it can be distinguished which channel this line belongs to and which line is decomposed in order.Each strip of disassembled data is pieced together into a four-part image (1440 x 960) that is displayed on the screen.After obtaining the 480p image of the original four channels on the APP application layer, the algorithms such as ADAS and 360-degree ring view can be applied and implemented according to the customer target. 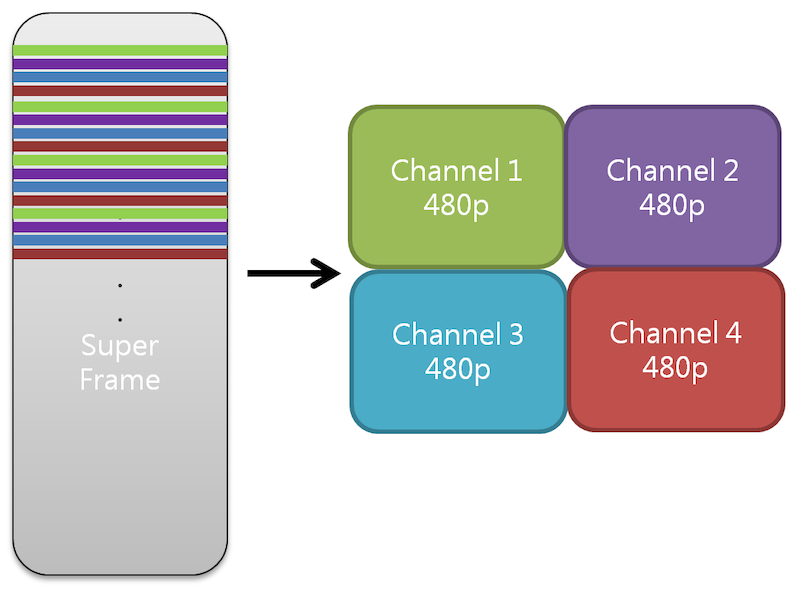 Responsible for decoding Camera CVBS images and encoding them into BT656 digital output video decoder, supporting up to four Camera in and one video out.TVP5158 supports the output of a super frame composed of frame line interleaving (composed of four video clips), whose super frame is in BT656 format.Each line is preceded by the Start Code, from which it can be judged that the line is an active region or blanking image data.It can also identify which input image belongs to the data content, respectively is the number of information. 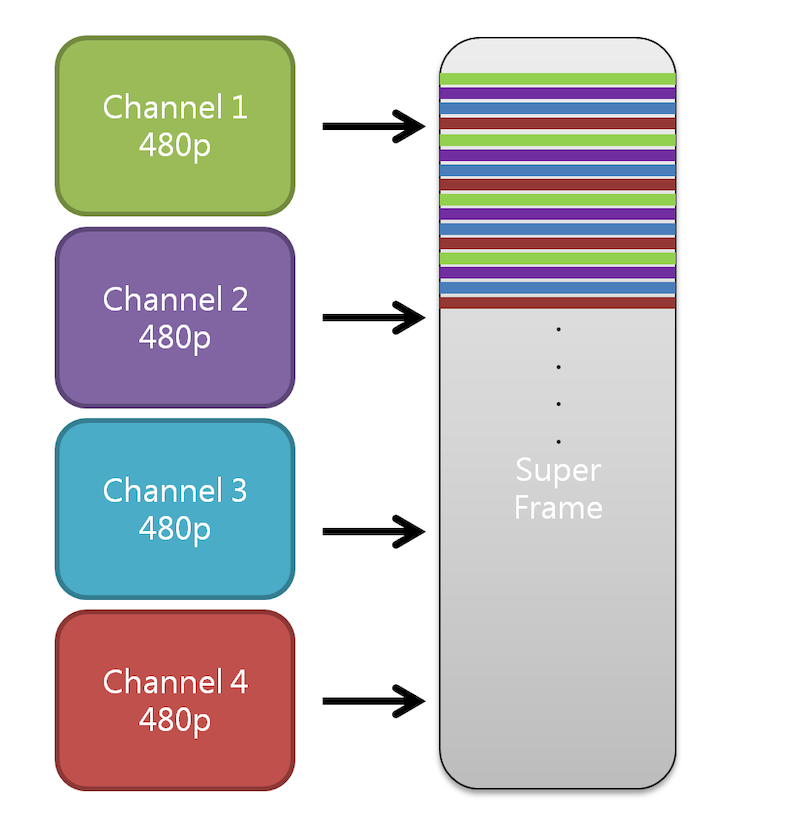 Interpretation pod can assist in the modification of A7 native driver and the implementation method of disassembling Super frame in VIP APP.

TVP5158 Driver porting by TI or detailed FAE support agent is responsible for the products of the general assembly line.

If the client is the product side of the system, then ADAS related algorithm can be implemented and the third party manufacturer can be recommended to assist the client.

If the customer has algorithm experience or a solution, they can implement it themselves. 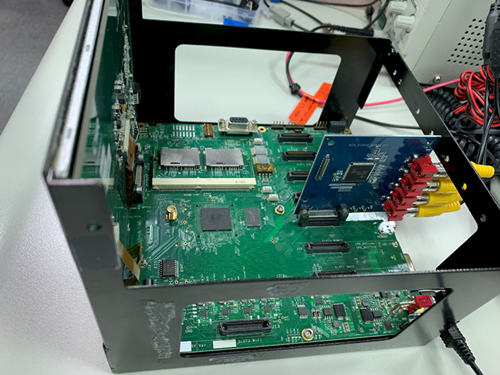 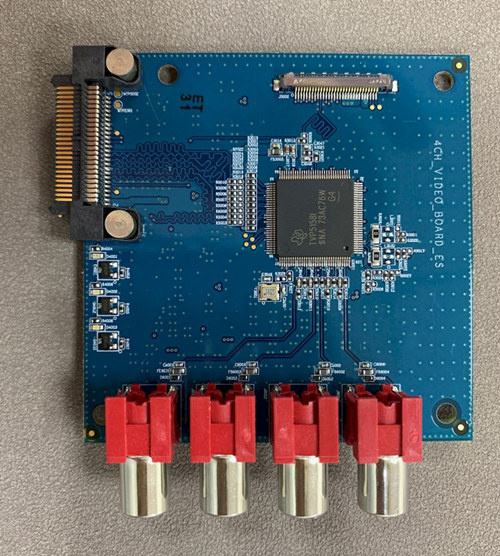