The UE may even include short-range wireless communication mechanisms to communicate with other IoT nodes. 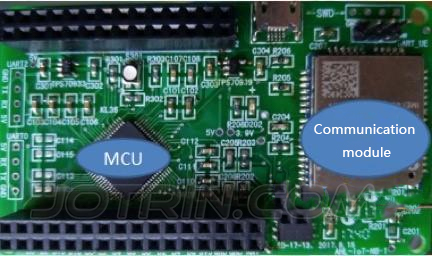 Uplink: Upstream means that the NB-IoT terminal transmits information to the human-computer interaction system through the information post office.

Downstream: Downstream refers to the human-computer interaction system transmitting information to the NB-IoT terminal through the information post office.

This requires a computer called a management server to receive information from the terminal from the post office.

The management server receives data through a fixed IP address and port (PORT), but it does not know when the data will come, so it needs to be "monitor" at all times.