At present, there are three main types of electric multi-rotor UAV obstacle avoidance systems on the market, namely ultrasonic, TOF (a type of laser radar ranging) and visual navigation. The development of autonomous cameras and image processing technologies has led to the development of visual navigation technology. Visual navigation is a new technology that uses the camera to collect images from the surrounding environment, filter and calculate the image, complete its own pose determination and path recognition, and make navigation decisions. Due to the passive working mode of visual navigation, the device is simple and low in cost, and its application range is wide. The most important feature is the autonomy and real-time of visual navigation. It does not rely on any external equipment, and only needs to calculate the information in the storage system and the environment to obtain navigation information. 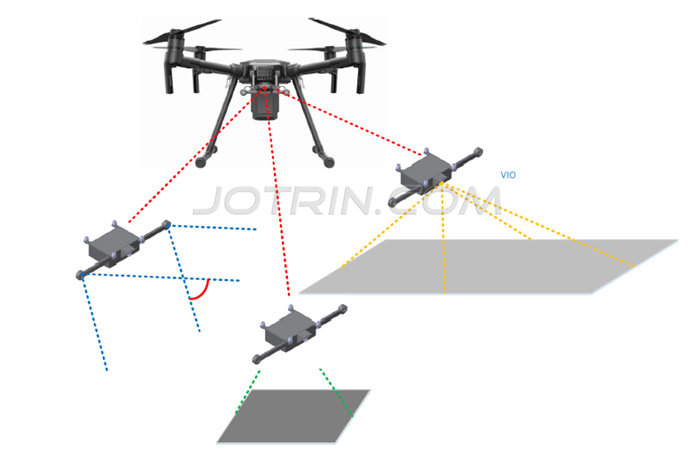 VIO (Visual Intertial Odometry) is a visual inertial measurement. In an unknown and lacking feature environment, the inertial sensor, forward and downward cameras (covering with the front and bottom of the wide-angle camera) are used simultaneously, and the image is extended by the extended Kalman filter algorithm. Fusion with IMU data, tracking position and direction, determining their position in the relative coordinate system, can be applied to route planning. The origin of the relative coordinate system can be configured. The visual navigation module calculates the flight miles based on the VIO measurement data and the origin position, and can be used as an aircraft flight odometer.

Real-time acquisition of left and right binocular data, and polar line correction, while collecting IMU data and flight control attitude information at high frequency (above 200Hz), using binocular VIO algorithm to calculate the current position and attitude of the aircraft in real time, combined with timestamp information Calculate the speed of the aircraft, and feedback the position information and speed information to the flight controller in real time to achieve precise hovering and precise positioning of the aircraft. Binocular obstacle avoidance mainly consists of two parts: depth map calculation and obstacle avoidance logic.

The software algorithm (running in APQ8074) performs polar line correction and depth calculation, obtains the depth map, uses the flight control API to acquire the attitude of the aircraft in real time, plans the safe flight route in real time in the obstacle avoidance logic, and feeds the flight path to the flight control. Realize aircraft obstacle avoidance. Disturbance of binocular obstacles: Accurately identify obstacles within 0.8~40m. When the speed of the aircraft is less than 25m/s, it can bypass the obstacle or hover 2m ahead of the obstacle.

The user clicks on "Precision Landing". At this time, if there is a landing sign on the preview interface, or landing target, such as the roof, QR code, H character. The vision module sends the target information to the drone for flight control so that the drone can land on the target. The intelligent visual navigation module consists of a CPU, a main camera module, a fisheye camera module, a binocular camera module, a down-going binocular module, an IMU, and power management. 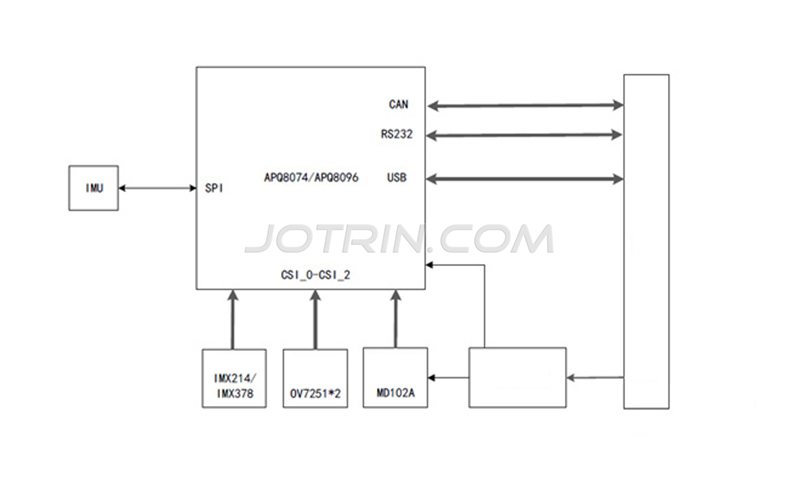